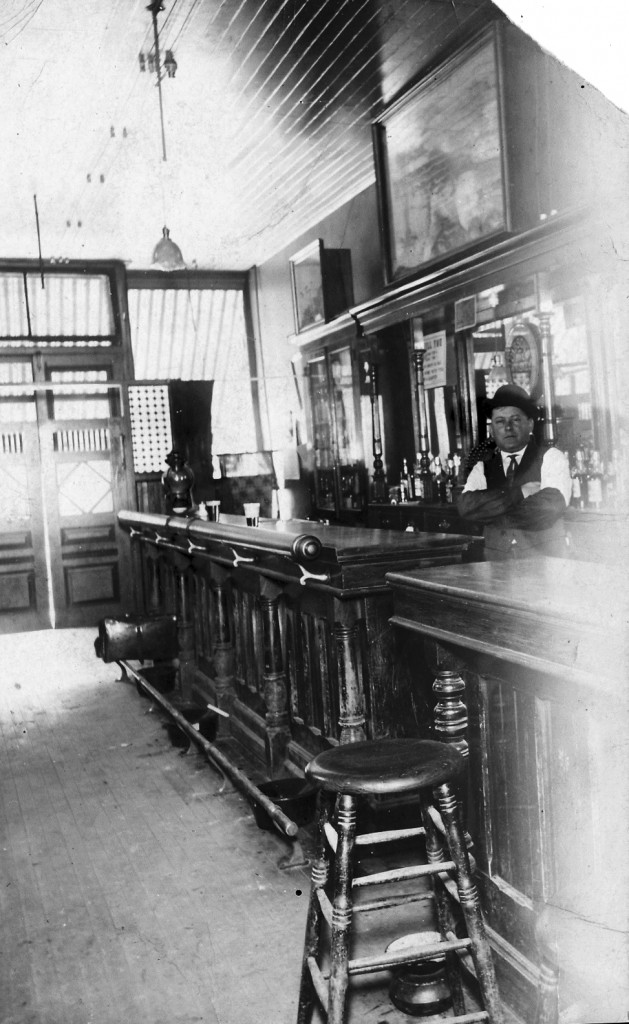 ALBION – Operated by Mathew Ciszek, an Austrian-Polish immigrant, the old “Club 469” served as a saloon and bottling works for the community of East State Street during the first quarter of the 20th century.

A 1910 Orleans County Business Directory entry indicates that the business had expanded considerably and the Ciszeks were dealing in coal and wood in addition to the saloon and bottling business. After Mathew’s untimely death in 1910, his son Frank took control of the business.

This image, taken sometime between 1910 and 1915, depicts the interior of the bar room of Ciszek’s Saloon located at 113 East State Street. The original bar rested along the west wall, was moved to the east wall later on, and finally returned to the west wall with the opening of the Crooked Door Tavern.

Along the foot of the bar rests several spittoons as well as a luggage bag balancing on the foot rail. Near the ceiling are two large boxes that appear to contain taxidermy mounts. Two pints of beer on the bar indicate that several men ducked out of the way for this photograph. The man in the image is believed to be Frank S. Ciszek.