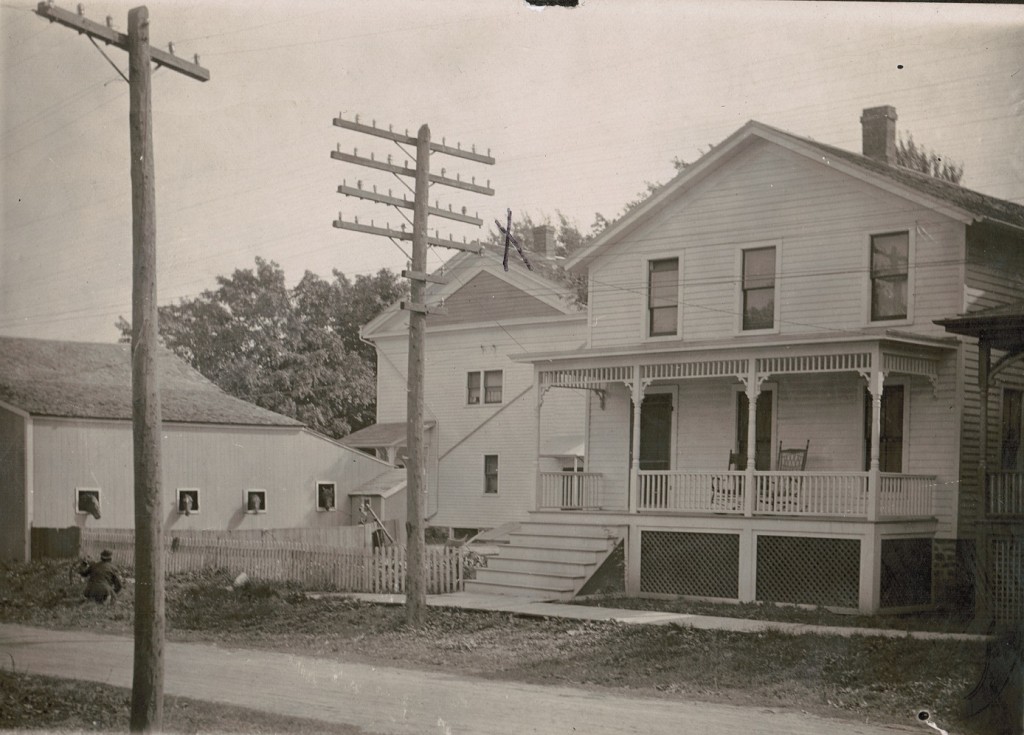 This image shows the horse barn owned by Dr. George C. Kesler of Holley. The photographer directed his camera to the southeast while standing on the north side of East Albion Street.

The house in the background belonged to Dr. Kesler and was situated along the bend of White Street. The barn itself was located on the corner of East Albion and White Streets.

George Kesler, a native of Kendall, graduated from the Ontario Veterinary College on March 25, 1892. After his return to Orleans County, he started his practice in Holley on Main Street at a location west of the hotel. He married Agnes O’Neil and the couple made their home at this site in 1893. Kesler outlived his three wives, Agnes, Ana Wilson, and Ada before his own death in 1937.

Advertising as a Veterinary Surgeon and Dentist, his ads regularly featured the line, “All diseases of animals scientifically treated – open day and night.” The gentleman kneeling in front of the fence seems to have coaxed the horses to pop their heads through the windows for this photo. Both the barn and house of Dr. Kesler were razed and no longer exist at this site.