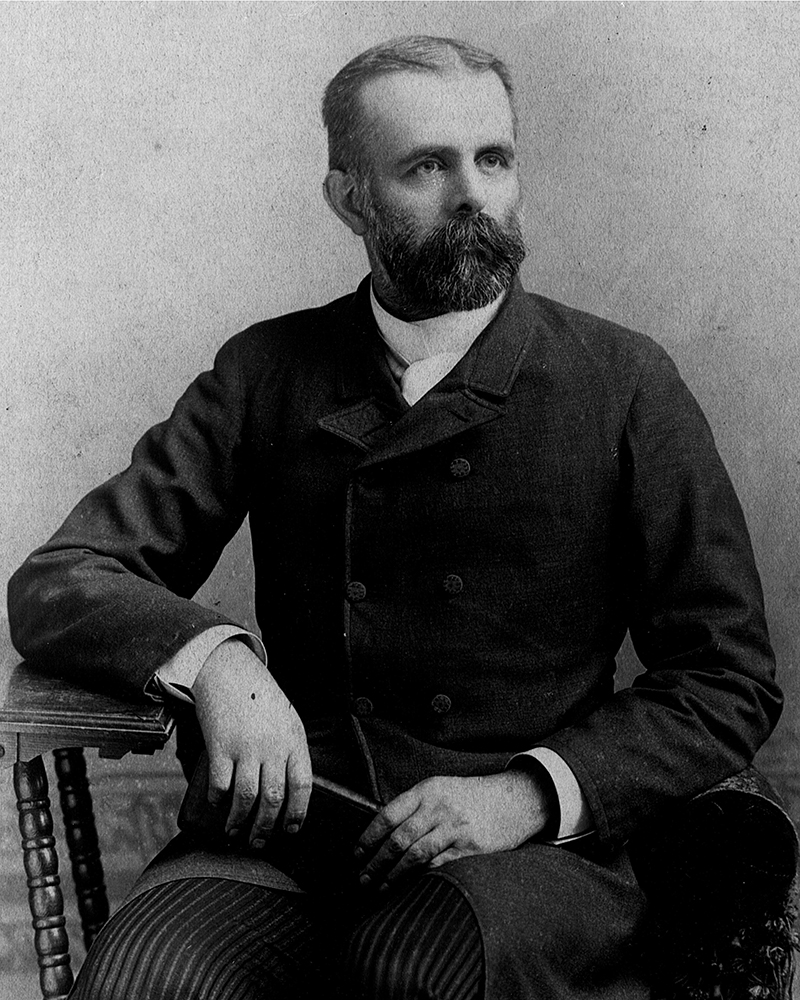 Born June 27, 1854 and a Kendall native, Henry Dwight Bliss was the son of Edwin and Mary Seymour Bliss. Receiving his earliest education from the one room schoolhouses of Kendall, Henry moved to Holley as a young man where his father was to take over as manager of Luther Gordon’s newly constructed lumber and coal yard. Bliss grew up around the construction and lumber business so it was only natural that he would attend the Rochester Business School after assisting his father with accounting and bookkeeping duties at the yard. Henry decided quickly that the merchant business wasn’t for him and he left the business school in Rochester after one year.

Bliss redirected his focus towards bigger and better things, starting in 1876 when he enrolled at Cornell University. Three years later, he transferred to the University of Rochester where he graduated in 1880. Shortly after, Bliss enrolled in the University of Pennsylvania’s Medical Department earning his M.D. in 1883. Immediately after his graduation from Pennsylvania, he removed to Brooklyn where he served as resident physician at St. John’s Hospital in that vicinity. After a year of service at that institution, Dr. Bliss opened his own private practice at 1568 Fulton Street, Brooklyn.

From the eulogies delivered by fellow physicians following his death, they all spoke of Dr. Bliss’ dedication to research as an informed physician, his gentlemanly character, and the lucrative practice he built up while living in Brooklyn. The life of Dr. Bliss was plagued by ill health for a large portion of his time spent outside of Orleans County. In 1891 he was forced to take a leave of absence from his practice in the hopes of restoring his failing health. Attempting to travel to Europe aboard the S.S. Dubbeldam, stormy seas wrecked the ship, requiring the crew to dock at Plymouth.

Severe seasickness landed Dr. Bliss in the hospital, forcing him to recuperate in the U.S. As the story was told, he had contracted tuberculosis from a patient and was never able to fully regain his health. After attempting numerous times to regain his strength and physical wellbeing, he was forced to sell his practice in 1898 and returned to the home of his parents in Holley. After a short stay in an area sanitarium with little to show for his efforts, Dr. Bliss returned to Holley to live out the last days of his life surrounded by family. He died on April 12, 1900 at the age of 46, leaving a widow and three young children.