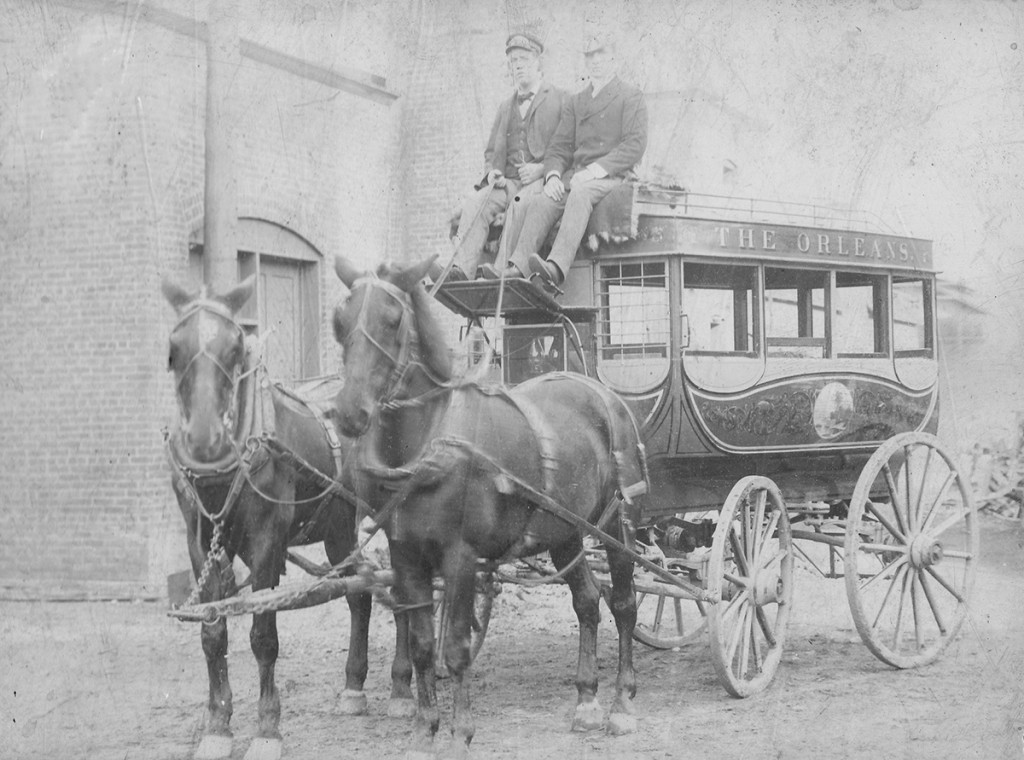 This image likely taken in the 1890s shows the horse-drawn bus that was responsible for transporting patrons of the Orleans House around Albion. Most commonly the bus was used to carry passengers from the railroad station at Clinton Street to the hotel on East Bank Street.

After the turn of the century, the proprietor of the Orleans House experimented with the method of transportation by offering rides to Point Breeze during the day. The image was probably taken in the vicinity of Platt and East Bank Streets and depicts a time in Albion’s history when dirt streets were the norm.

The Orleans House was a popular meeting space for many prominent groups in Orleans County including the Orleans County Bar Association, which adopted their bylaws and constitution at the site on September 13, 1877. The 151st New York Infantry and the 17th New York Light Independent Artillery frequently held reunions at the hotel.

The drivers of this bus seem to have experienced a number of misfortunes, as a quick scan of the local papers reveals a team of horses that were frequently skittish. On one such occasion on March 15, 1895 while passing over the canal, the horses were frightened by a steam shovel causing the team to “take off,” damaging the carriage. On a similar occasion, a frightened team pulled the bus into the canal.

A closer look at the bus reveals a decorative paint job and two oil lanterns centered at the front of the carriage for driving at night. An animal-skin blanket is draped over the seat, likely to make the hard, bumpy ride a little more comfortable.