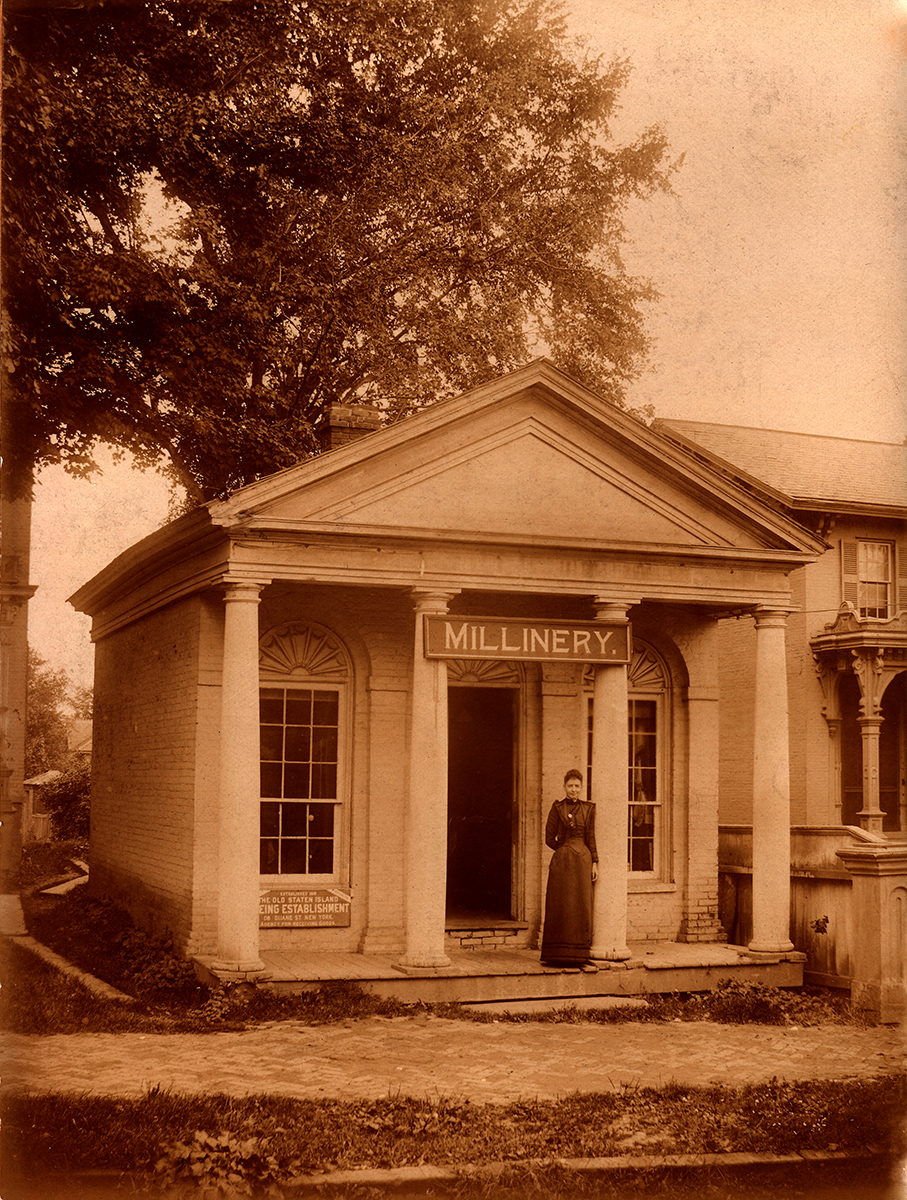 This image shows Mrs. Jennie McGuire Leonard standing in front of her millinery located on North Main Street in Albion. The beautiful building constructed of brick was designed in the Federal style, often referred to as the Classical Revival style. This type of architecture pre-dates the Greek Revival style that is often seen throughout Orleans County and structures of this type would have appeared as late as 1840.

Prior to serving as a place of business for Mrs. Leonard, the building acted as the law office of the Hon. Gideon Hard. Born April 29, 1797 to Philo Hard and Currence Hawley, Gideon was one of fifteen children who descended from prominent lineage in Arlington, VT. Although his maternal great uncle, Seth Warner, was a respected captain with the Green Mountain Boys during the American Revolution, his father’s family were hardened Loyalists.

Attending Union College in Schenectady, Hard graduated in 1822 and immediately began the study of law. After his admittance to the bar in 1825 he traveled to Orleans County where he would establish himself as an attorney prior to moving his wife to the area the following year.

Although lost within our local history books, Gideon Hard should be regarded as one of our more notable founders. Hard became Orleans County Treasurer in 1827 and was said to have motioned to change the name of the village from Newport to Albion. 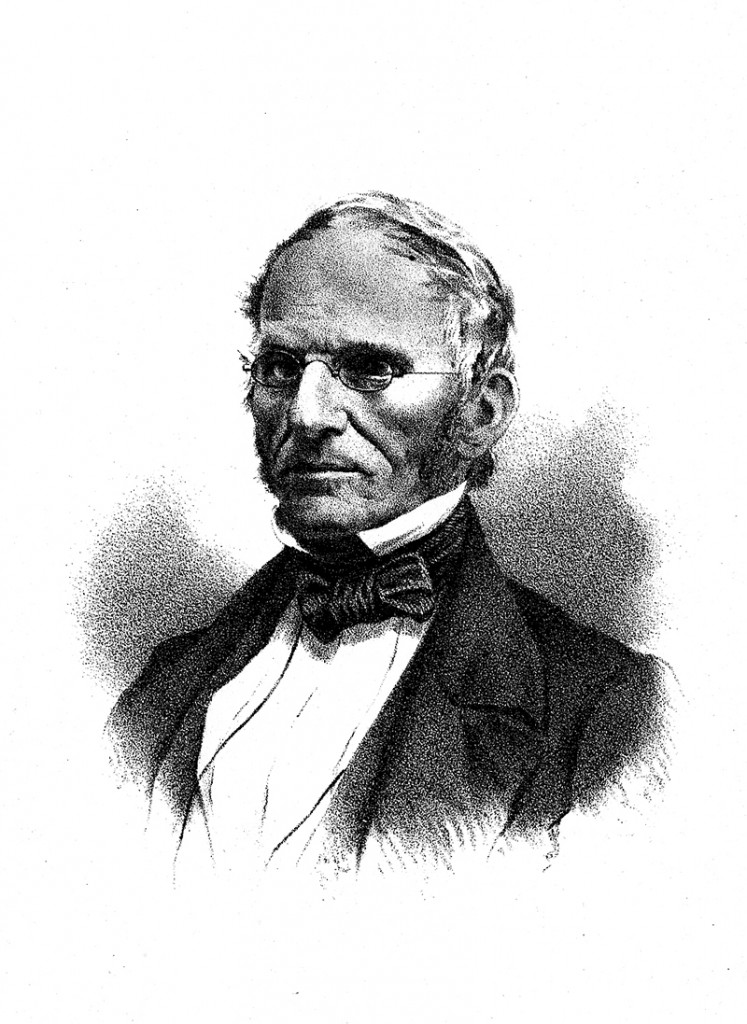 Hard’s days as a politician were far from over and within five years of ending his career as a U.S. Representative, he was elected to the New York Senate, the last from the 1st District Class 3. After his term concluded in 1847 he was appointed to the position of Canal Appraiser in 1849 and later served as First Judge and Surrogate for Orleans County.

The late 1850s proved difficult for the Hard family. Gideon suffered from personal illness, making his engagement in political and community fairs extremely difficult. Around 1861, Gideon’s wife Adeline became gravely ill and suffered for nearly three years before she passed. Her illness and subsequent death caused great grief within the family and Gideon was destined to live out the remainder of his life with his children and later his sister before his own passing on April 27, 1885 at Albion.