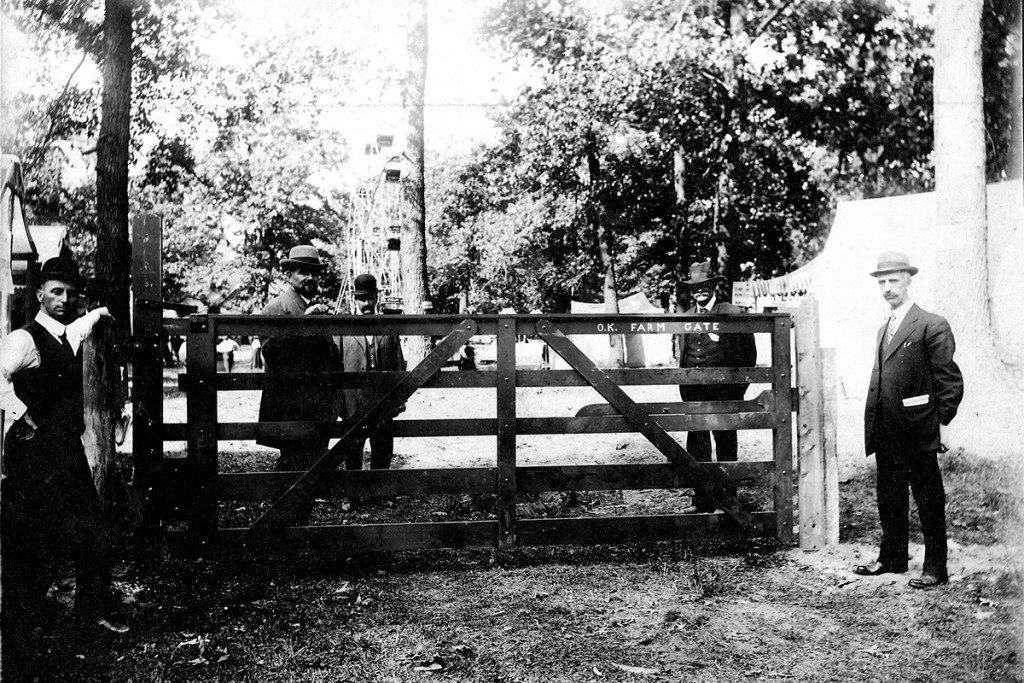 Pictured on the far right is Orrin Wyman standing alongside his patented “O.K. Farm Gate.” Filing the patent on July 17, 1911, the patent was provided nearly five months later on December 12, 1911. This patent states that Wyman’s “novel” farm gate was newly designed and was “…braced…to prevent sagging of the outer or free end of the gate.”

This was not Wyman’s first patent, nor his first attempt to redesign the all-important device essential for farms throughout Orleans County and the United States. Orrin received his first patent on February 20, 1906 when he and several other men perfected a “Barrel-heading Press;” yet another important implement for our region. This device was used to evenly press the head of a barrel down, holding it in place while the head was secured. A rather simple gadget but one designed to make shipping fruits easier and more convenient.

After this, Wyman spent the next five years perfecting his farm gate design, receiving patents in 1907 and 1908 before creating a system that prevented lateral farm gates from catching on “…snow, garbage, or other obstructions…” located along the ground. This patent was granted on April 6, 1909 and paved the way for the O.K. Farm Gate seen in this image.

Orrin Wyman died on October 14, 1913 in Shelby having little time to amass any potential wealth from his invention. I would suspect that such an invention would have proved useful to Orrin’s brother-in-law, Dr. Robert Flowers, who established himself as a veterinarian in Denison, Texas.