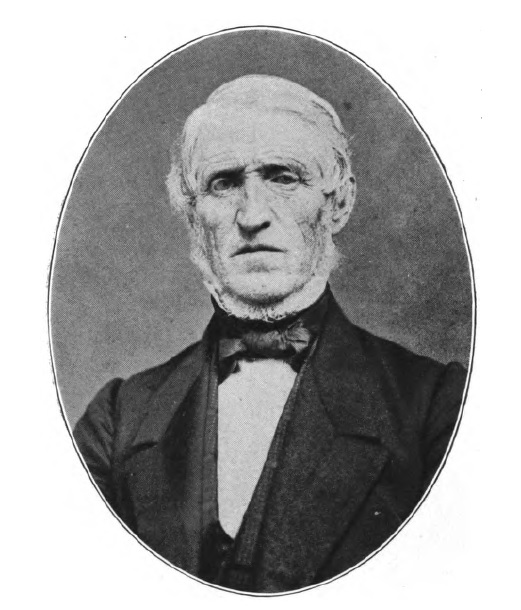 The eldest son of Benoni Grover, Lysander was born January 22, 1802 at Deerfield, Massachusetts. Lysander’s father was a farmer in his early life, forced to adopt a new profession after a horrible milling accident cost him his leg. It was after this accident that he married his wife, Thankful Smith, and raised several children including Lysander.

When Lysander was all but five years of age, his father moved the family to Phelps, New York, where he attended schools and worked on area farms. Despite his rugged family genes, young Lysander’s body could no longer take the physical strain of manual labor and he was forced to establish himself in a profession that was more manageable.

Attending an academy at Geneva, Lysander attained a teacher’s certificate and proceeded to teach in the local school districts for several years. Finding the profession of a teacher quite bothersome, he sought out a new vocation. Deciding that he was neither pious enough for ministerial work nor confident enough to practice law, he decided that the occupation of physician would suffice.

Studying with Dr. James Carter of Geneva, Lysander spent the next four years learning the specifics of the medical profession. With six cents in his pocket, the eager Dr. Grover travelled to the village of Alloway in the township of Lyons where he borrowed enough money to start a medical practice. His first year of practice in Alloway was marked by much health amongst the population of the village as he wrote, “…nobody would get sick to accommodate me, or test the efficiency of my drugs, or my ability in prescribing them.” With patience and due diligence (and eventually patients), Dr. Grover established a successful practice in Wayne County.

In 1844 Dr. Grover relocated to a farm in Alexander, New York where he spent less than one year before exchanging the land for a farm located at Knowlesville. He remarks in his short autobiography in Arad Thomas’ Pioneer History of Orleans County that, “I practiced medicine but little, keeping a drug and book store, and superintending my farm.” He also writes that he operated both an ashery and distillery in the area for a portion of his time in Orleans County.

Dr. Grover died before his grandson, Dr. Edward L. Frost, graduated from the University of Buffalo’s Medical School in 1892. The son of Cecilia Grover and William H. Frost, Edward later served as an Instructor of Obstetrics at the University of Buffalo’s Medical School from 1893 to 1897. Dr. Frost was one of four physicians who testified at the trial of Olive Sternaman, Canada’s Black Widow who was accused of poisoning her two husbands with arsenic in Cayuga, Ontario. Dr. Frost’s son, Carl Grover, attended the University of Michigan where he earned his medical degree in the specialty of Ear, Nose, and Throat.