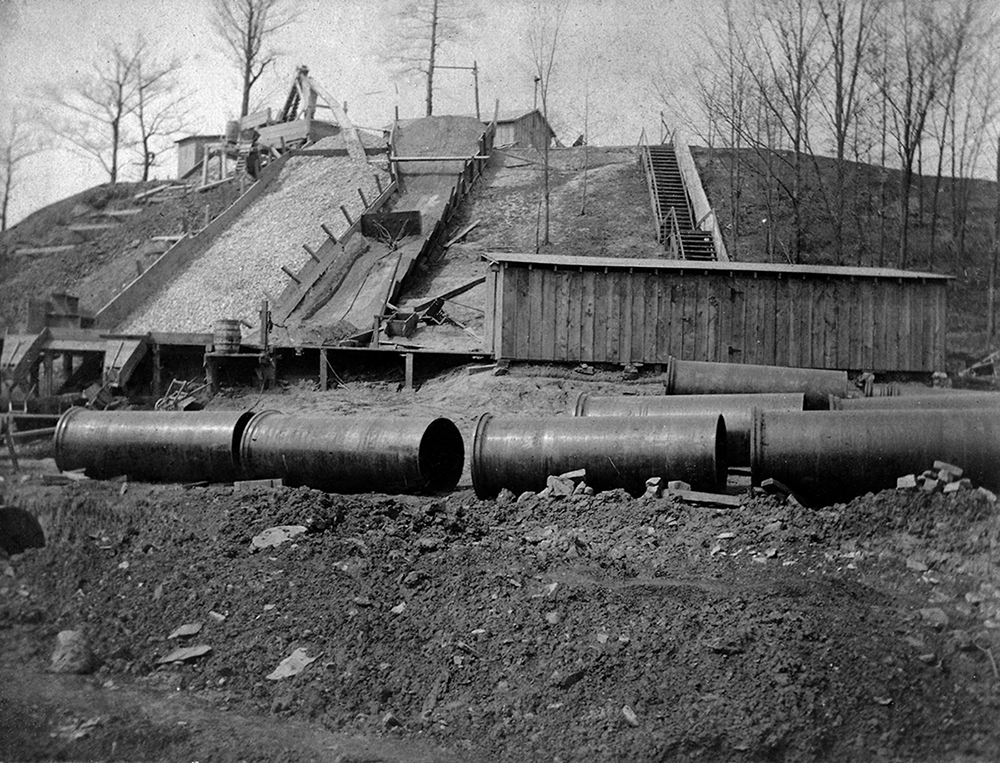 On May 23, 1898, the A. L. Swett Electric Light & Power Company was incorporated by Albert Swett with a capital stock of $50,000. Swett, a prominent and respected entrepreneur in Medina, was quick to notice the local need for electricity. That need would be satisfied through a power plant constructed along the Oak Orchard Creek in the vicinity of the falls. Purchasing a parcel of land where an old mill had previously burned, Swett cleared the debris and constructed a plant to take advantage of the water power.

That plant was quickly overtaxed by the high demand for electricity and a steam plant was constructed to supplement the output of the first plant. Swett was an intelligent businessman with the foresight to purchase as much land along the creek as possible. Over the course of twenty years, he amassed a large holding of property to the north of Medina that would be used to expand his electric company.

Swett increased his capital stock to $300,000 and in 1903 started construction on a storage dam to increase the company’s electricity output. The sixty foot high dam spanned the width of the Oak Orchard Creek, and along with a 1,600 foot dike built of earth and concrete, provided for the development of a reservoir. Now known as Glenwood Lake, the nearly fifty foot deep and over one mile long inland lake provided over 150 acres of surface water.

The construction of a second powerhouse, Station No. 2, allowed for increased electricity output from the same water source providing energy through the original power station at the falls. Swett estimated the cost of the second power station at just over $297,000 and it was believed that much of the electricity that was to be generated from that station was sold to area businessmen and residents prior to its completion. Such an extensive endeavor would cost nearly $8 million today.

The A. L. Swett Electric Light & Power Company adopted the motto, “to serve the public promptly, efficiently and at reasonable rates,” a slogan that drove the business to expand once again in 1917. At that time, Swett would begin construction on a dam at Waterport that would create another inland waterway he named Lake Alice. A far more complex project, nearly fifty parcels of land were purchased, houses and structures moved, and roads rerouted to accommodate the higher water level. A new bridge was constructed at a cost of $70,000 and the bridge at Kenyonville was raised seven feet to adjust to the creek depth.

This image from 1903 shows the construction of the dike at Glenwood Lake; the photograph is simply marked “the Swett Power Project, Medina.” At the top of the hill a machine feeds crushed stone down a chute constructed on the embankment.

Albert Swett was actively engaged in supervising the project and suffered a broken thigh after falling from scaffolding at the worksite. He was bedridden for over a month due to the injuries. Ambitious in his endeavors, Swett controlled the majority of water power in the vicinity of Medina. He constructed the dams at Medina and Waterport to reduce the strains forced upon the Oak Orchard Creek and area streams caused by the power plants.