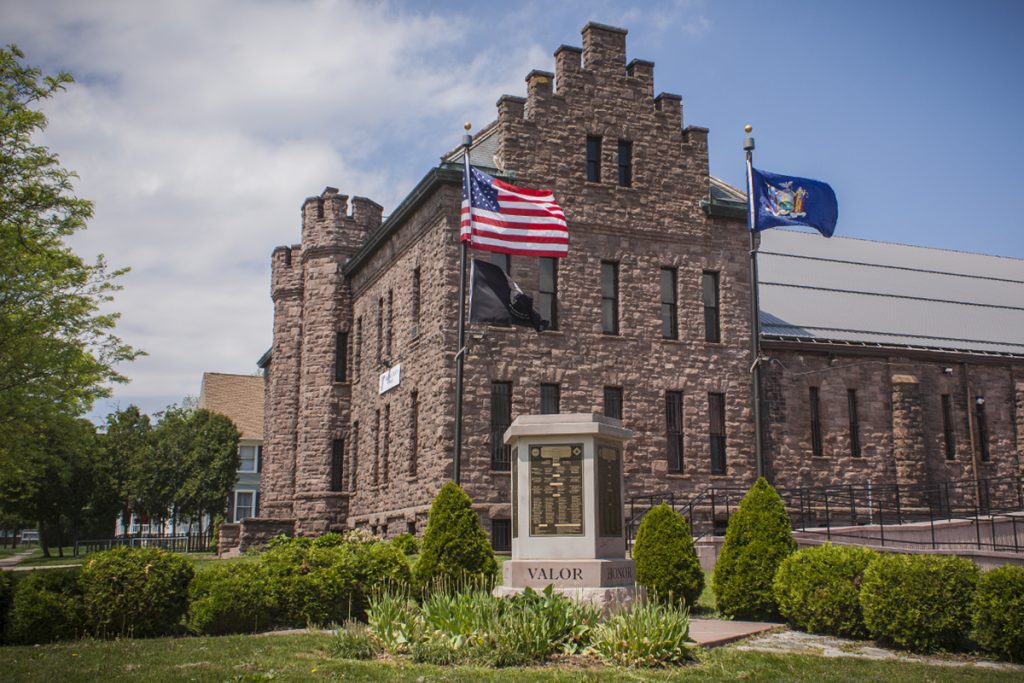 Memorial Day was a weekend for self-reflection for many Americans, while others find enjoyment in spending time with family, vacations, and cook-outs. One noticeable presence during this past holiday weekend was the outcry of citizens asking for the greater community to remember the true meaning of the day; an opportunity to honor those men and women who gave everything for our country. Winston Churchill’s famous quote, “Never in the field of human conflict was so much owed by so many to so few,” stands as a statement that every American should memorize.

One thing that Orleans County does not lack is the appreciation and support of our veterans and members of the U.S. Armed Forces. In October of 2008, the Company F Memorial Committee dedicated a monument to the memory of those men who served out of Medina’s Armory with the 3rd N.Y. National Guard and the 108th U.S. Infantry. The beautiful sandstone memorial contains five bronze tablets which include the names of men who served during the Spanish-American War, Mexican Border Incursion, World War One, World War Two, as well as the names of men who served during the Cold War.

Despite its focus on Company F, the monument stands as a testament to all men who served from Orleans County spanning over two centuries of conflicts. Those names listed with special designations recall the sacrifices of those who went above and beyond the call of duty. Men like Luke Gaffey who served during the First World War. Awarded the Distinguished Service Cross for actions on September 28, 1918, Gaffey left the cover of shelter to rescue wounded soldiers from machine gun and artillery fire. The following day, he continued an advance on enemy positions with an automatic rifle after his entire squad was killed or wounded; he received a bronze oak leaf cluster for his bravery.

Other men such as Archie Case, Raymond Reed, and Mahlon Ward were awarded the Distinguished Service Cross when they unselfishly left the protection of shelter during an artillery barrage on September 29, 1918 to bandage wounded soldiers and pull them back to safety.

Of course, most Medina residents are familiar with the story of Lt. John Butts who sacrificed his own life to protect the lives of his fellow soldiers on June 23, 1944. With a complete disregard for his own safety, “…and seeing his platoon waver and start to fall back,” Butts urged his men uphill against a stubbornly defended area. Capt. Lloyd Tallent of Texarkana, Texas recalled the efforts of Butts that day stating that after Butts was wounded by machine gun fire, “…he knew he was dying because of his severe stomach wound…dragged himself over the fire swept ground towards the enemy. All the enemy were watching him.” Wounded twice, first on June 14th of 1944 then on June 16th, his determination to remain with his men and refusal to seek treatment for wounds combined with the sacrifices made on June 23 earned him the Congressional Medal of Honor in August of 1945, which was awarded posthumously. His body was finally brought home in 1948.

The Company F Memorial Committee continues to seek support in the completion of their project. Although the beautiful sandstone memorial stands at the Medina Armory site, it represents one phase of a two phase process. The crowning achievement is a bronze statue of a Company F soldier, which will rest upon the monument tribute to all who served and as a lasting reminder of those who never came home.

Those who are interested in learning more about the project or to donate, please visit www.companyfmemorial.com. The Cobblestone Museum is sponsoring a speaker series every Friday at 7pm in July, starting July 8th with a program on Orleans County and the First World War; more information is available at www.cobblestonemuseum.org.