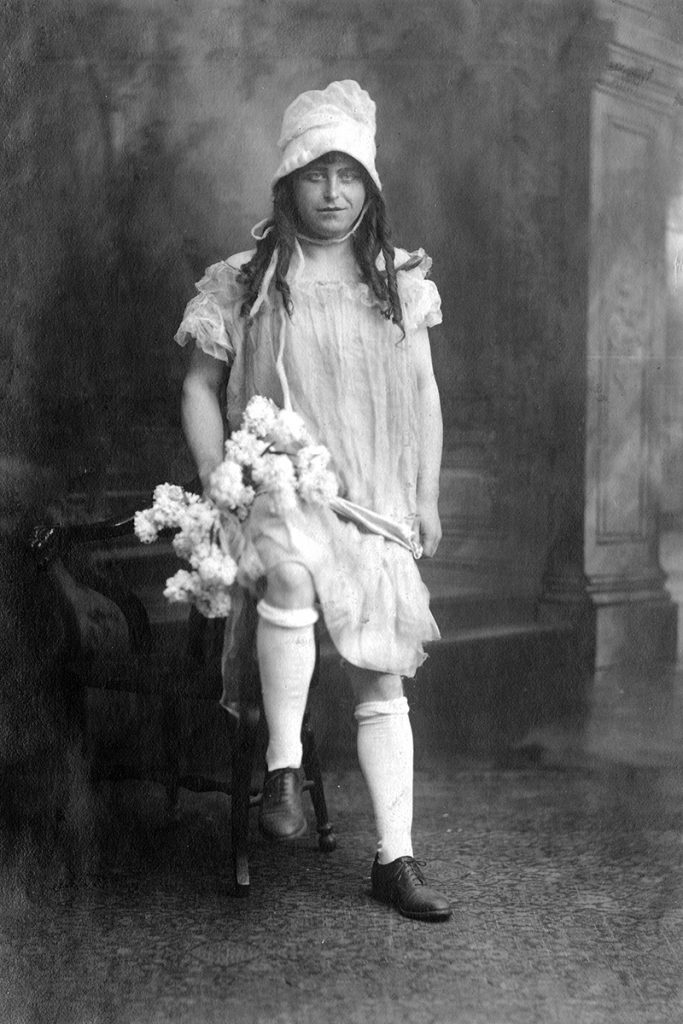 Over 100 years ago, “Womanless Weddings” were commonplace throughout the United States. Dating back into the 19th century, faux nuptials were held in the South as a means for raising money for charities, churches, and community organizations. As interest in their inherent humor began to rise, the events spread like a wildfire across the entire country.

The Womanless Wedding was an opportunity for men to dress up as women, don some makeup, and over exaggerate femininity. These gentlemen would kiss members of the crowd (men and women alike), flash their garters, adjust whatever they may have rigged up for breasts, and act in a generally “naughty” manner all for a few laughs.

Naturally, these became popular events as community members had no qualms about paying a little money to see their neighbors dressed as women. Publishers eventually developed scripts for such programs and each event became a true dramatic performance. One such set of lines from a 1936 program closes with the minister introducing the newlyweds:

This image shows Eugene W. “Bud” Wilcox, Jr. dressed as Theda Bara for a Womanless Wedding hosted by the Albion Rotary Club for the benefit of the Crippled Children Fund. Quite the saucy personality, Bara was an early silent film actress who became well known as one of the earliest sex symbols in U.S. cinema.

Wilcox was born on February 20, 1891 to Eugene and Alice Wilcox, growing up on West Park Street in Albion. Following graduation from the Albion High School, Wilcox enrolled at Lehigh University where he became a prominent athlete while studying business and participating as a member of the Psi Upsilon fraternity.

After he completed his degree in 1915, “Bud” enlisted with the U.S. Navy during the First World War and was stationed in New Orleans as a Chief Storekeeper. Five days after the conclusion of the war, he was commissioned as an Ensign and remained in the U.S. Naval Reserves until the end of 1919. Upon his return to Albion he worked as a clerk in his father’s hardware store located at 98 Main Street, eventually taking ownership of the business. The building and hardware store still exist today, now as Family Hardware owned by Fred Miller.