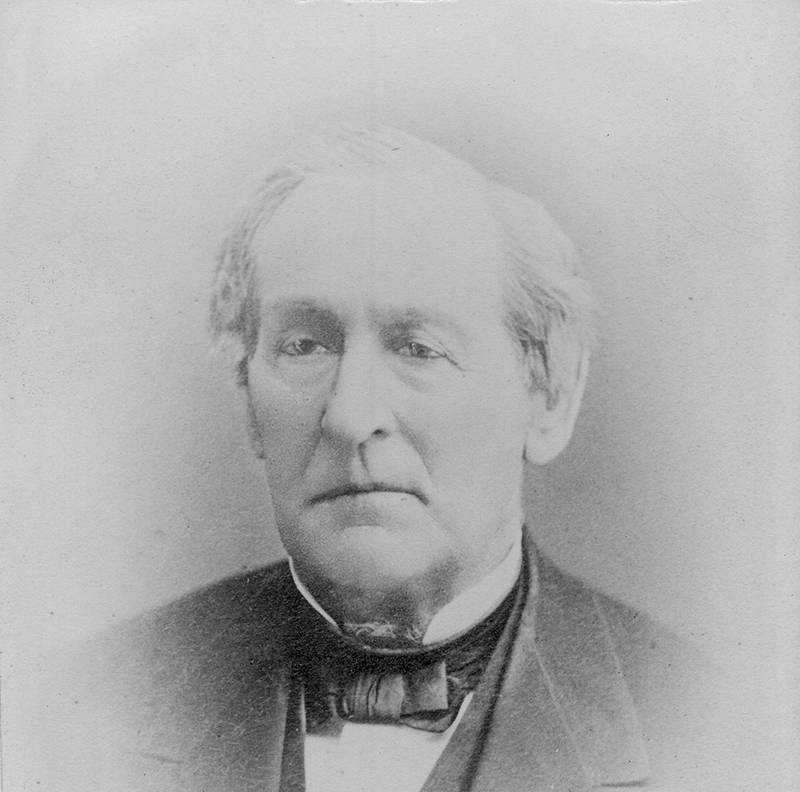 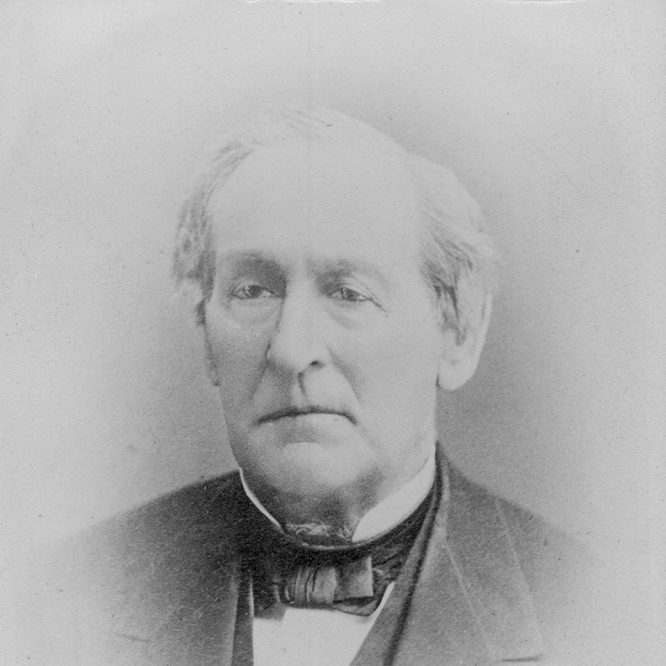 “It has been playfully said that you may place a Yankee in the woods with an ax, an auger and a knife, his only tools, and with the trees his only material for use, and he will build a palace…” – Arad Thomas, 1859

We are fortunate to retain the images of our pioneer ancestors, showing the faces of hardship and tribulation. This studio portrait taken in Rochester shows Seymour B. Murdock of Ridgeway in his advanced age, likely in his late 70’s. Over 200 years ago, Murdock was brought to the frontier of Western New York by his father and namesake, Seymour Murdock, arriving on June 1, 1810.

The Murdock clan, consisting of twelve family members, packed into wagons drawn by a team of oxen for the nearly 300-mile journey. Upon reaching the Genesee River, the family was met by dense forests and difficult travel the entire distance to their next stop at Clarkson. There they lodged in a roughly constructed log tavern before starting the journey westward to the family lot in Ridgeway.

The next stretch of the expedition was far more treacherous. Between Clarkson and Ridgeway, the family encountered three poorly constructed log cabins during the two-day trek. Upon their arrival at Otter Creek, the family was met by embankments lined with logs to form a “dugway.” The path was so steep as to form a nearly perpendicular trail up the west bank. To drag the wagons up the precipice, the oxen were maneuvered to the top of the hill and the wagons pulled from the creek. The oxen struggled under the heavy load and at one point were pulled backwards by the weight of the wagons; one ox buckled under the weight, caught his horn under a root, and tore it clean off.

Traveling further westward, the family encountered another challenge upon reaching the banks of Oak Orchard Creek. A similar dugway was constructed at this site for use by the “Yankee Wagons” used by earlier pioneer groups. The pathway proved too narrow for the long axles of the Conestoga wagons used by Murdock’s group and nearly rolled the wagons and oxen down the embankment.

The arrival at the family’s new homestead was welcomed with great celebration and provisions were immediately spread out in preparation for a “first meal” on the new land. One can only imagine how frightful those early years were for families with young children. Roughly 30 miles south was Batavia, the location of the closest store, post office, and church; Niagara Falls was the closest grist mill. The closest neighbors in any direction were approximately 5-7 miles away.

As the War of 1812 raged on the Niagara Frontier, focus shifted from raising crops to protecting pioneer homes. This created a lack of provisions and forced families to abandon their homes in search of safety and security. When the British captured Ft. Niagara, local men took up arms in preparation for the potential eastward path of the enemy. A band of Tuscarora Indians passing along the Ridge gave the locals quite a scare before they realized the group was friendly.

During this same time, Gen. George Izard was traveling along the Ridge Road towards Ft. Niagara when he encountered the elder Seymour Murdock attempting to raise a barn. With a lack of able-bodied men in the area, the General directed his troops to assist in the construction of the barn. A bronze historic marker sits on the site, calling attention to this barn situated approximately 100 feet southeast of the road. It was in this barn that Betsey Murdock conducted the first school in Ridgeway.