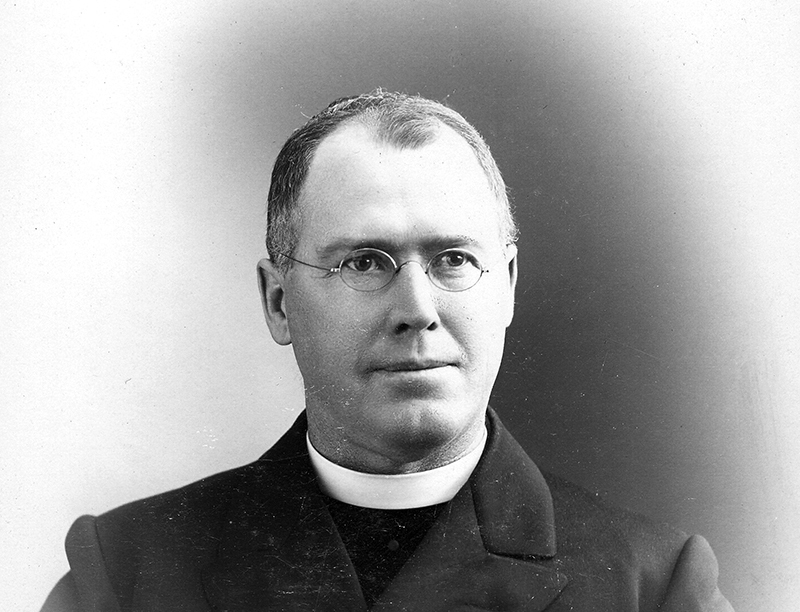 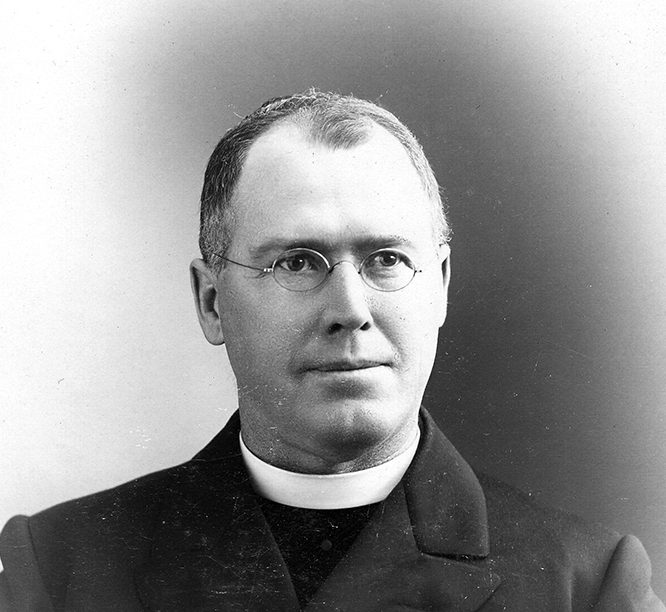 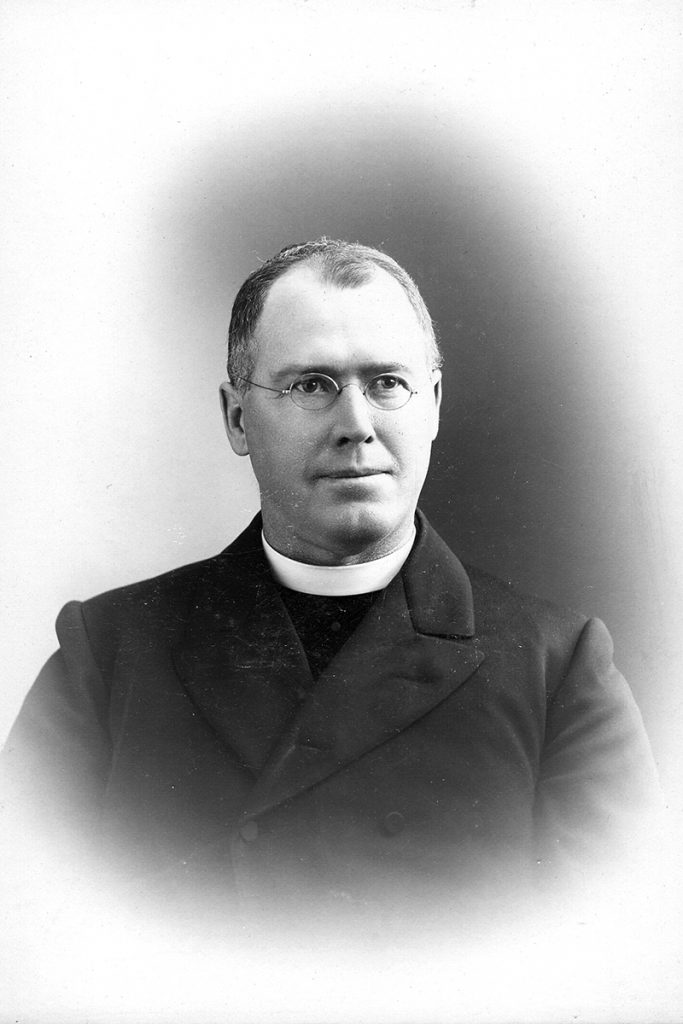 On May 19, 1897 the Albion community was kindly blessed by the arrival of Rev. Francis Sullivan, a Catholic priest from Silver Springs, New York. Sullivan was born on December 13, 1855 to Timothy Sullivan and Mary Meagher at Hartland, New York. Through his Catholic upbringing, he was encouraged to attend Our Lady of the Angels Seminary in Niagara Falls, now Niagara University, where he graduated in 1883. The following year on May 19, 1884 he was ordained by Bishop Stephen Ryan at St. Joseph’s Cathedral in Buffalo.

Rev. Sullivan arrived shortly after the departure of Rt. Rev. Msgr. John D. Biden, the man responsible for securing the land for the current site of St. Joseph’s Church. Many Albion residents are familiar with the local lore surrounding the purchase of the old “Proctor Homestead” and parcel of land adjacent to the Baptist Church from local District Attorney William Stafford. The mere $8,000 paid for the property, nearly ¼ of the original cost to build the home, was likely the most generous bequest in the history of the congregation.

Biden fiercely proclaimed, “You should now be tired of being canalers. The moment is here when you don’t have to apologize for your faith. We intend to take our rightful place in this community; so stand up and be counted!” Before the completion of the building, Biden was dispatched to Buffalo to serve at the Old Cathedral.

Sullivan’s nearly fifty-year tenure in Albion was marked with outstanding success. He oversaw the construction of a new parochial school, convent, sexton’s home, and established a new cemetery located on East Avenue, which was purchased from Mary Rytlewski in April of 1920.

Rev. Sullivan was a remarkable man on many levels. In 1910 he started a six-month journey around the globe, which took him to all corners of the world including the Holy Land. Upon his return to Albion, the Orleans Republican commented, “Although slightly thinner, he seems to have taken the nearly 40,000 miles without showing any fatigue…”

On September 1, 1929 the congregation of St. Joseph’s Church celebrated the presentation of Sullivan’s monsignor robes by Bishop William Turner. The presence of over 100 Catholic priests from four different states, including 17 monsignors, provided an astonishing site to the nearly 700 people in attendance. At the time of this prestigious honor, Msgr. Sullivan was the only prelate of his kind outside of the city of Buffalo.

During his tenure in Albion, Sullivan received numerous honors including the conferral of an honorary Doctorate of Laws from Niagara University. In June of 1941, Niagara University named the Varsity Village House No. 2 in his honor, as The Francis Sullivan House, for his years of service and commitment to his alma mater. Up until that point, he had attended 61 commencement ceremonies since his own graduation nearly 58 years prior; he only missed two, presumably one while he was travelling the globe.

Just five years later, at the advanced age of 91, Msgr. Sullivan graciously retired from his post as rector of St. Joseph’s Church. Never was there a man more respected within the community, an active member of the Albion Board of Education and Dean of Orleans County, who did more for his congregation and the people of Albion.

Rev. Felix McCabe of St. Mary’s Church in Holley was installed on January 13, 1946. Msgr. Sullivan quietly passed away on May 17, 1948 surrounded by the Sisters of Mercy in Buffalo. He was laid to rest in the cemetery he established 28 years prior.