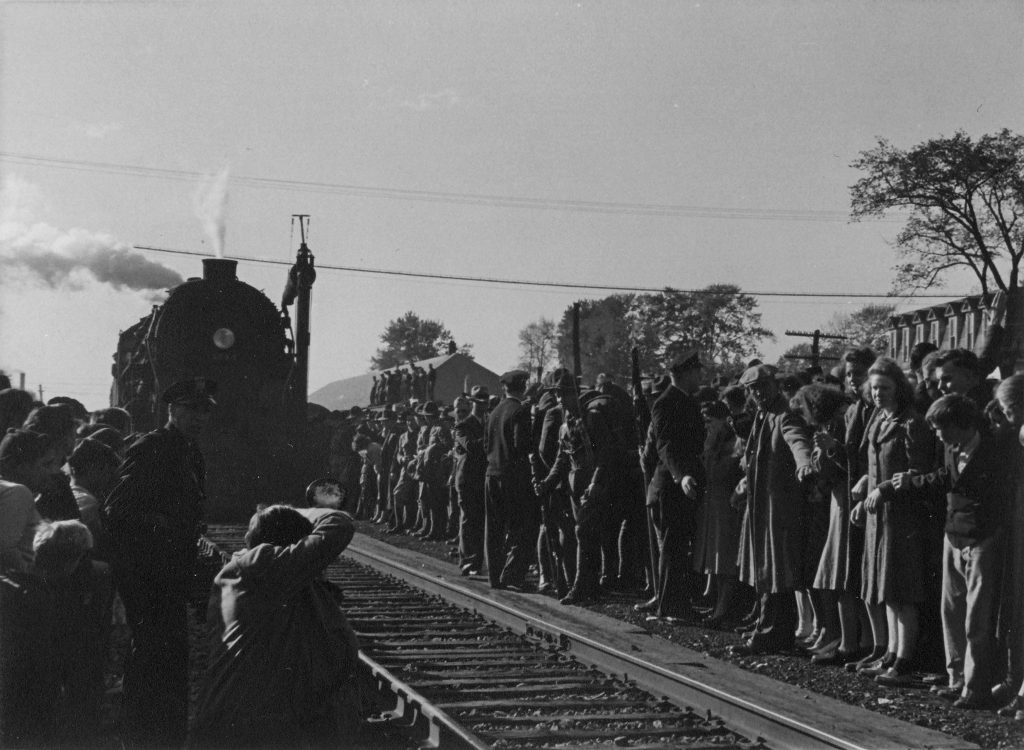 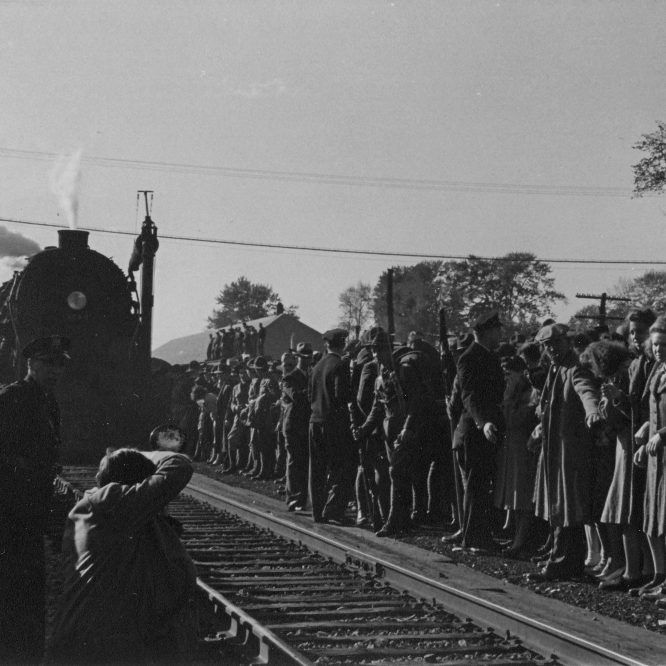 Seventy-six years ago, on October 24th, the young men of Company F, 108th Infantry departed Medina for training at Fort McClellan, Alabama. Led by four officers, the 129 enlisted men proceeded from the Armory on Pearl Street to the New York Central Railroad Depot. At the helm of the parade was Albion’s Sheret Post Band, acting as official escorts, and led by Gen. John S. Thompson the acting parade marshal. The young men of Orleans County were later dispatched to Camp Forrest at Tennessee in June of 1941 for war maneuvers, roughly five months before the infamous Japanese attack on Pearl Harbor.

It was a mere twenty-three years after the men of Company F were dispatched for federal service on April 26, 1917 during “The Great War” that these men of our “greatest generation” so bravely left their homes to defend the world against tyranny and oppression. Without a doubt, the men of Orleans County distinguished themselves as one of the most heroic and dedicated group of young men every to grace the battlefields of Europe. When the unit returned home on April 1, 1919, the group was all but a shell of its former self. Maj. Thompson recalled the bravery and sacrifice made by the boys of Orleans County, those who crashed the German defenses of Ronssoy, broke the Hindenburg Line, and stormed the embankments of the St. Quentin Canal.

As we near Veterans Day, it is imperative that we thank our veterans for their service to our great country. It is just as important that we recall the historical roots of this special holiday; as Armistice Day. Ninety-eight years ago, on November 11th, one of the greatest celebrations in the history of the modern world took place across the globe. Humanity rejoiced in the passing of one of the most devastating conflicts in written history when Germany signed the Armistice of Compiègne at 11:00am on November 11, 1918.

The Company F Memorial Committee celebrated a historic milestone in the second phase of their efforts to erect a bronze statue in the likeness of a local soldier activated for duty on October 24, 1940. In addition to the countless contributions made by members of the community, recent “diamond” level donations made by Mr. Carl Petronio and the VFW Lincoln Post #1483 of Medina placed the group near the threshold of commissioning this beautiful and important memorial.

Combined with efforts of seventh grade students of the Albion Central School District who are working towards the installation of a large bronze tablet at Mount Albion Cemetery, I applaud the efforts of local organizations in marking the centennial celebration of the passing of the First World War. This monumental occasion, marked by the centenary of the U.S. entry into the war in April of 2017, is an important and significant event. The early and ongoing efforts of our community to preserve our shared history shines as a beacon of pride and demonstrates our love of Orleans County history, culture, and heritage.