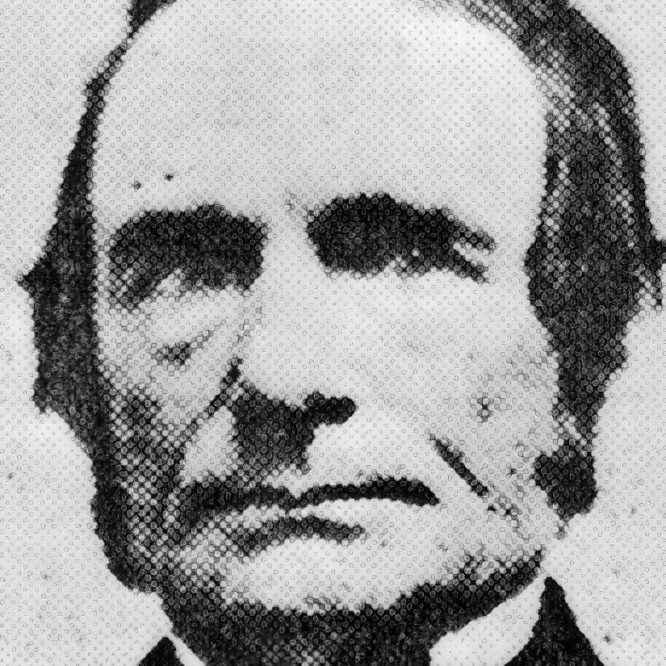 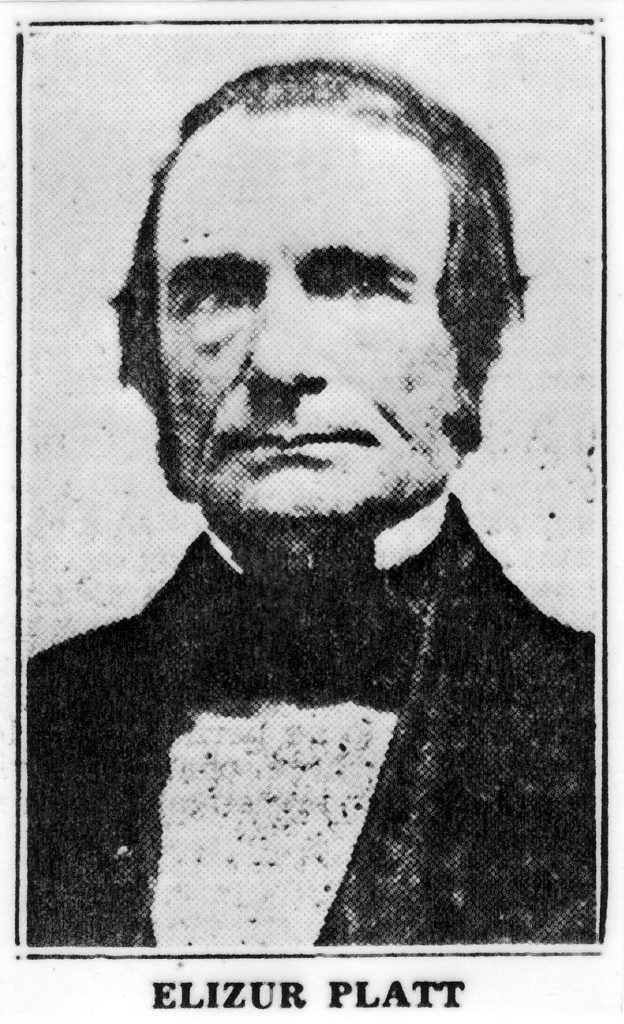 We often wonder how streets received their names throughout Orleans County, so it is important to recall those stories that we know to be true concerning those origins. Platt Street in Albion was named for Elizur Platt, a native of New Haven, Connecticut. Born to John and Abiah Foote Platt around 1803, Elizur came to Clarendon in the late 1820s. Having married his wife, Lydia Merriman of Bristol, Connecticut in 1825, the couple ventured west to start a new life in the wilderness that was Western New York.

Following Elizur were his sisters, Henrietta, Eunice (who married Asahel Merriman), and Melissa (who married William Bates) who all settled in the Clarendon area, all succumbing to the rigors of pioneer life shortly after their arrival. Henrietta was the first to pass in 1838, then Melissa in 1846, and Eunice in 1849. While living in Clarendon, Elizur engaged in the mercantile business, operating a store for several years before David Sturges bought out his inventory. For a very short period starting in 1837, he operated a hotel in Clarendon before selling that interest and relocating to Albion.

Upon his arrival in Albion, Platt purchased the Mansion House located along the north side of the Erie Canal on Main Street; he operated that business until the building burned. While engaging in this venture he operated the Red Line Packet Company, running packet boats between Troy and Lockport, with each trip providing passengers with meals and lodging. Shortly after the family’s relocation, he constructed a beautiful Greek Revival home on Canal Street which still stands today.

Platt had built quite the reputation for himself and relocated his business to the corner of Canal and Market Streets (now Platt and Bank Streets) where he constructed a new hotel, which he would call the Platt House. With livery stables located around the corner, Platt managed a stagecoach line that transported passengers between Albion and Rochester; one of the few of its kind in the area at that time. A respected resident of the village, Platt became a trustee of the Albion Baptist Church and was one of the founding directors of the Bank of Orleans when it was incorporated in 1834.

Selling his business in 1859, Platt relocated to Wheaton, Illinois where he operated a hotel livery stable, also called the Platt House, until his death in 1875. Elizur Platt was active in Democratic politics and was a participant in state conventions during the 1840s. Although his marriage brought four sons and one daughter into the world, only two of his sons and his daughter survived childhood. Following the death of his mother and sisters, he erected a monument in the Maplewood Cemetery to their memory; a testament to his loving nature and connection to family. His niece, Adeline Bates, was nine years old when her mother died; he cared for her until she reached adulthood.