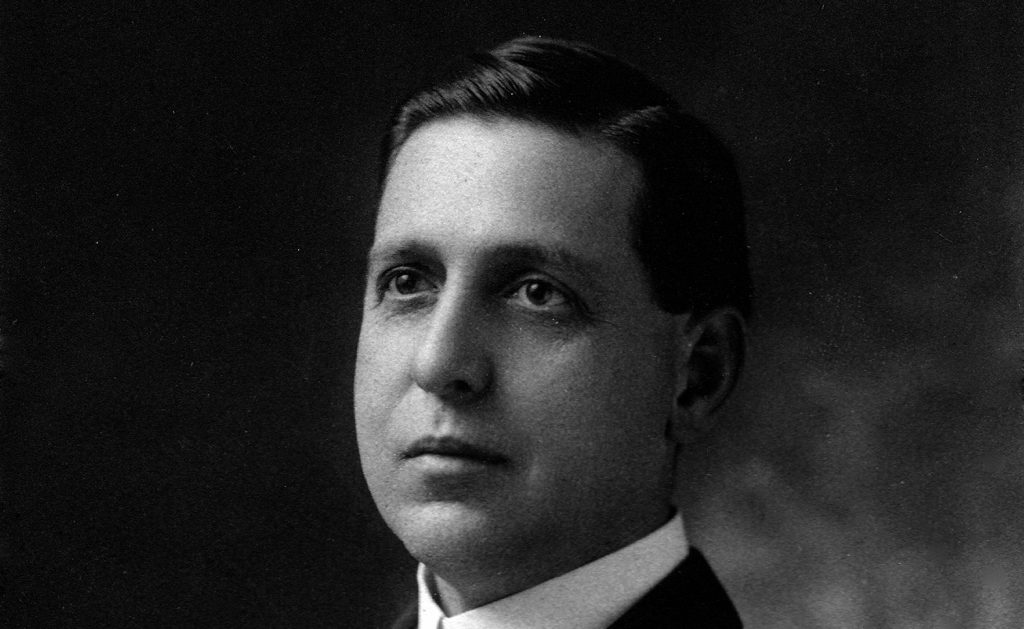 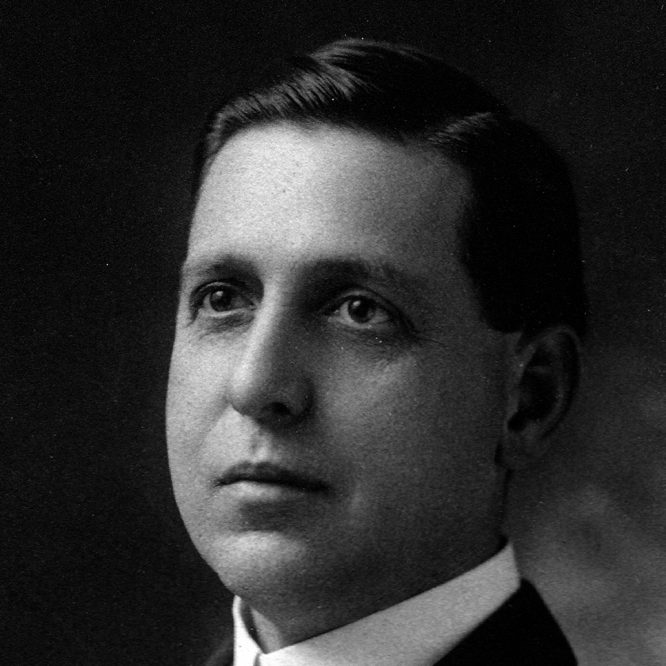 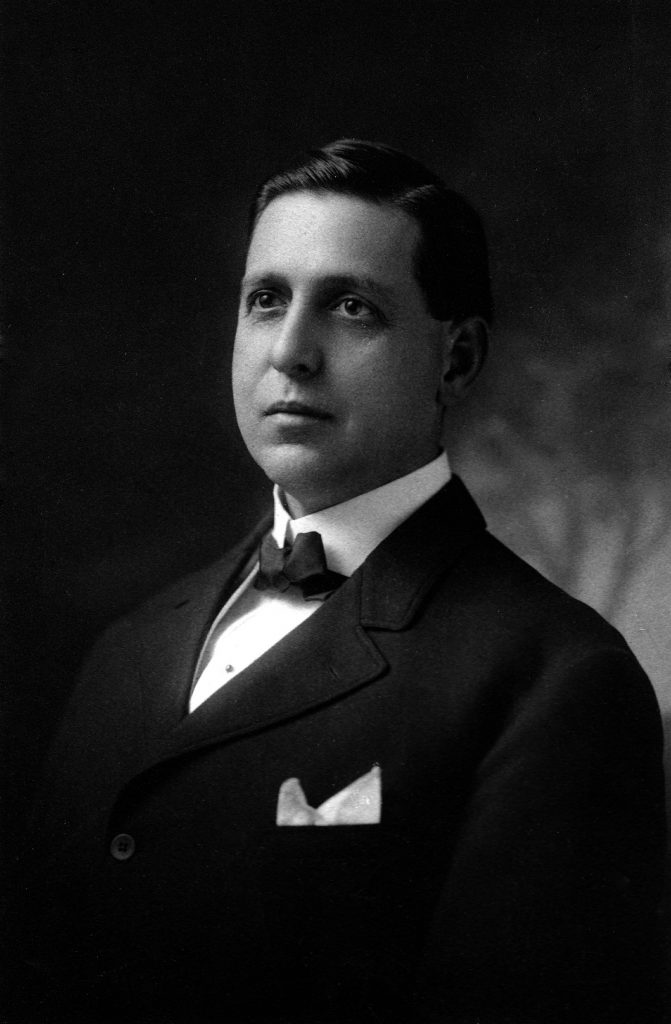 We often read stories of men and women who committed themselves to charitable acts and endeavors, giving time and money to efforts they felt best contributed to the needy. This portrait of John Blodgett Bordwell provides a glimpse into the eyes of a man who was passionate about the betterment of his community. While we explore his genealogy, his lineage suggests that the drive to overcome adversity ran deep within his blood.

John was the son of Joseph Bordwell, an immigrant from French Canada in the late 1830s. Joseph’s parents, Amab and Ursula Martelle Bordwell, died when he was 12 years old, leaving him an orphan. When he reached the age of 17 he traveled to Brockport where he arrived with two shillings in his pocket, unable to speak English. Joseph found employment in a local brickyard and eventually transitioned to the trade of blacksmith, working with Mitchell Gardner at Albion. Traveling to California during the gold rush of 1849, he worked in the mines for two years before returning to New York by way of the Isthmus of Panama.

Joseph Bordwell acquired a considerable amount of wealth, focusing on his “investments” after selling his blacksmith business to his nephews in 1865. Records indicate that he patented a harvester, which was later assigned to Seymour, Morgan & Allen of Brockport. In 1861 he constructed a family home on South Main Street and two years later constructed the Bordwell Block on East State Street.

John seemed to share his father’s adventurous side, dabbling in a number of occupations and exploring political appointments and fraternal offices. At the turn of the century, he found employment as a conductor aboard a Pullman Palace Car traveling between Chicago and New York, but later traded that job in for a stable railroad office job in New York. Bordwell also found himself engaged in the booming sandstone industry at Albion and was active in buying and selling real estate, the latter bringing him a considerable amount of wealth.

His first political appointment came by way of a clerkship on a New York State Senate committee headed by Sen. George F. Thompson as a Republican. Although he seemed rather popular in the community, the Republican Party thrust him into a race against Village President William B. Dye in 1912; Bordwell was easily defeated. Despite his failure to secure elected office in the village, he was appointed as an auditor for the Town of Albion and served on Albion’s Sewer Commission when the village first sought bids to construct a new sewer system and wastewater treatment facility.

John was an active parishioner at St. Joseph’s Roman Catholic Church in Albion and was a charter member of Albion’s Council #1330 Knights of Columbus. When the fraternal order held its inaugural first degree ceremony, Bordwell graciously offered up space on the second floor of his building for the festivities. He remained active with the organization and in 1918, at the age of 55, was selected as a secretary to serve the Knights of Columbus Supreme Office in Europe for the duration of World War One. Although his participation with the Knights made him an influential member of the Catholic Church at Albion, he was best known for his active role with the Elks Lodge at Albion, serving as District Deputy Grand Exalted Ruler for Western New York.

Upon his death in 1942, Bordwell left a sizable estate that was placed into a trust to generate an estimated annual income of $2,500 to $3,000 (roughly $43,000 today). The executors of his will were instructed to purchase a lot at St. Joseph’s Cemetery on East Avenue and to erect a headstone at a cost not to exceed $500. His will left specific instructions for the distribution of the trust’s annual income and directed those funds to be spent in the following manner; $20.00 annually to Catholic Charities, $300.00 annually to St. Joseph’s Roman Catholic Church, $25.00 annually for pew rent (as if he needed it), $30 for High Masses for himself and his family, $100 for the Ladies Aid Society of St. Joseph’s Church, and a portion of the remainder to pay the salaries of teachers at the parochial school.

In addition to his religious bequests, he set aside $100 annually to purchase beds at Arnold Gregory Hospital for the poor and directed that any residual funds be given to the rector of St. Joseph’s Church and distributed to the poor and needy in Albion. Among friends, Bordwell was best known for his amateur cooking skills, which he frequently showcased in his kitchen. Despite labeling himself as a “capitalist” for local census enumerators, John Bordwell’s heart was always focused on providing for the needs of his community and is representative of a mindset that still remains in Albion today.