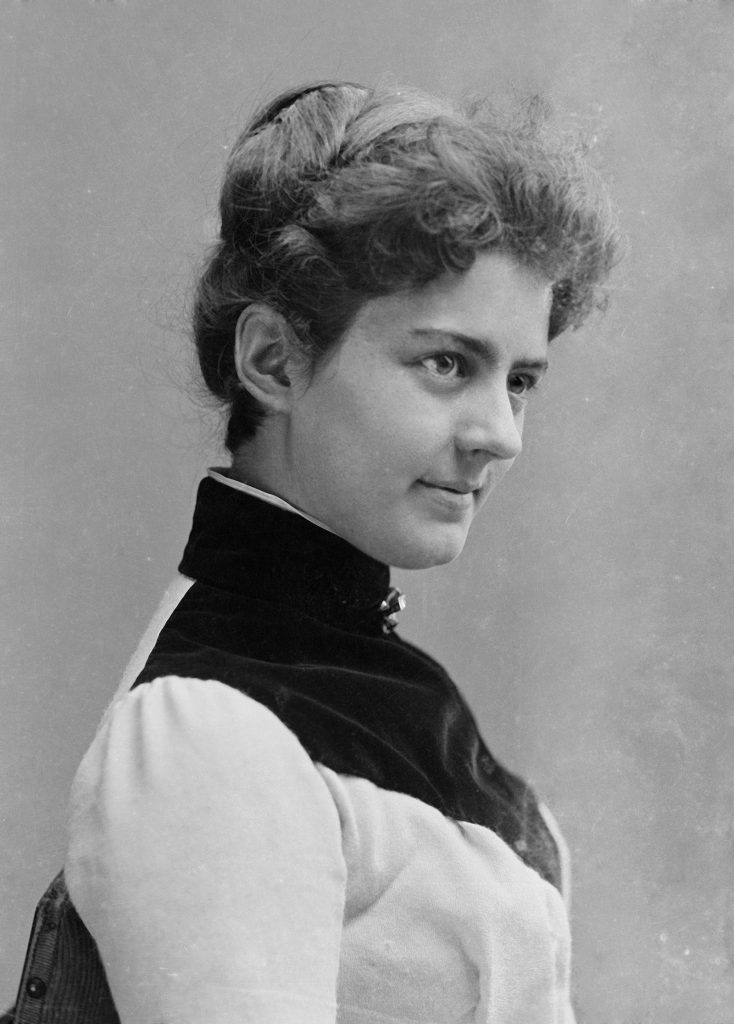 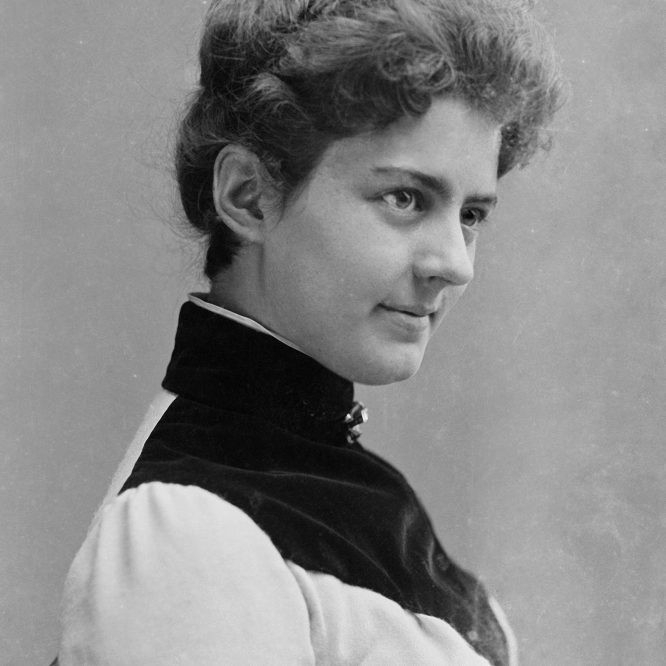 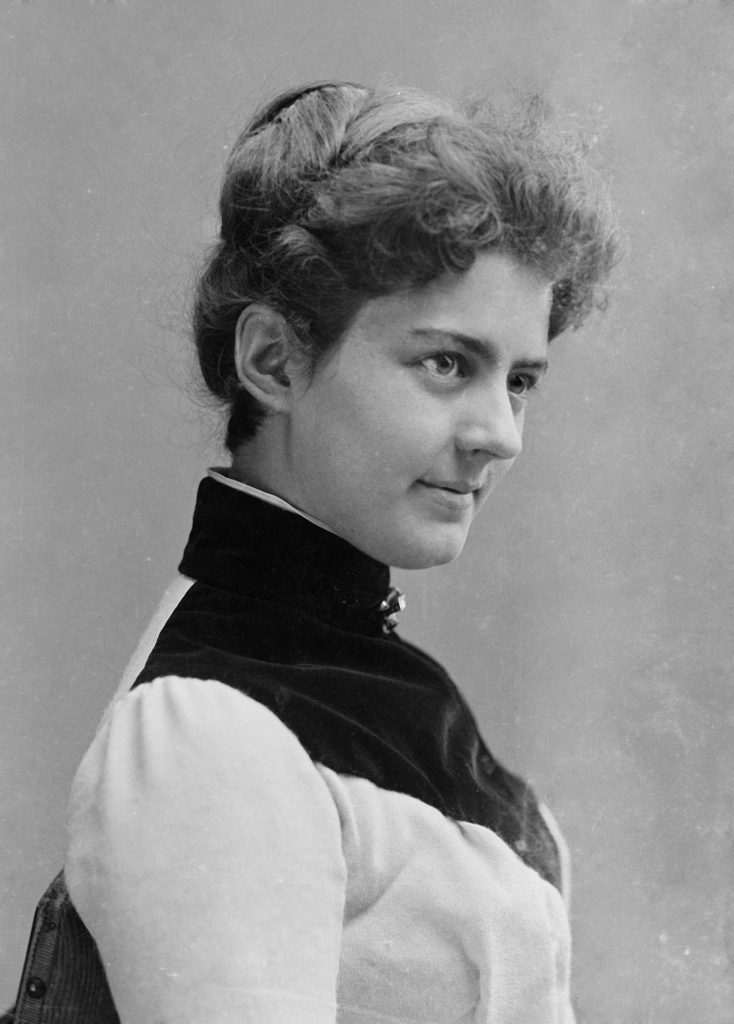 “I am waiting for my wife to grow up.” – Grover Cleveland

As a young bachelor in Buffalo, Cleveland was said to have muttered these very words to his sisters who frequently asked him about his intentions to marry. His statement, although witty, held a certain degree of truth and it is with that truth that the story of Frances Folsom is told. In 1996 an historic roadside marker was installed at the corner of Main and Eagle Streets in Medina, denoting the structure that Folsom called home for a brief moment in her life during the 1870s. The marker reads:

“Frances Folsom lived here in the mid-1870s with her grandmother and attended Medina High School. In 1886 at age 21 she wed Pres. Grover Cleveland.”

The daughter of Oscar and Emma Harmon Folsom, Frances was born July 21, 1864 at Buffalo, New York where her father practiced law with Grover Cleveland in a firm known as Lanning, Cleveland and Folsom. Folsom and Cleveland became close friends after a failed run for the office of Erie County District Attorney left Cleveland with a sense of defeat. It was said that Cleveland doted on the young girl, purchasing the first baby carriage for Frances.

On July 23, 1875, Oscar Folsom was tragically killed when he was thrown from his carriage in Buffalo’s Black Rock district. Cleveland was made administrator of Folsom’s will, but sources vary on whether Cleveland was, in fact, made the legal guardian of Frances. Oscar’s widow and eleven-year-old daughter relocated to Medina to live with Ruth Harmon, the grandmother of Frances, while Cleveland settled the estate. During the approximately three years that she lived in Medina, “Frankie” as she was later known (a nickname much to her disliking), became a popular pupil among fellow students and teachers at the Medina high school. It was after Cleveland finalized his business partner’s estate that Emma and Frances returned to Buffalo.

Frances continued her studies at Central High School in Buffalo and eventually entered the sophomore class at Wells College where she was attending when Cleveland was inaugurated for his first term. Despite her best efforts to attend the prestigious event, she was not permitted to miss classes. After her graduation in 1885, Frances was whisked off to Europe by her mother at the urging of Cleveland so that she could experience the culture of the old world. At this time it was suspected by the public that Emma was visiting Europe to purchase her wedding dress under the assumption that Cleveland was courting the elder Folsom. Upon their return to New York on May 27, 1886, an announcement was made the following day noting Cleveland’s engagement to Frances and not Emma as previously thought.

On June 2, 1886, Grover and Frances were wed in the Blue Room, the stately parlor on the first floor of the White House, becoming the only couple to celebrate their wedding in the executive mansion. Frances became an instant celebrity, the press following her every move. As a fashionable young woman, she frequently wore gowns that were edgy for the time. The Women’s Christian Temperance Union was floored by her frequent wearing of gowns that revealed bare shoulders, claiming it negatively influenced young women. She quickly became a marketing tool for companies that used her likeness to sell goods. Others marketed goods on claims that she either purchased or used the goods herself, suggesting that Mrs. Cleveland was endorsing the products. Harper’s Magazine went as far as to feature her as a frequent cover subject, which undoubtedly assisted the periodical with the sale of issues.

While companies benefited from the marketability of the President’s wife, one Democratic Congressman attempted to pass a bill that would stop the widespread use of any woman’s image for commercial purposes without her written permission. Although the piece of legislation did not specifically address her by name, the bill was clearly aimed at alleviating the external pressures felt by the Clevelands at the hands of the corporate world. Suffering a heart attack at the age of 71, Grover Cleveland passed away on June 24, 1908; his widow 27 years younger than he, remained at Princeton, New Jersey where she would remarry to Thomas Preston nearly five years later. She died in her sleep on October 29, 1947, and was laid to rest next to her first husband in Princeton Cemetery.