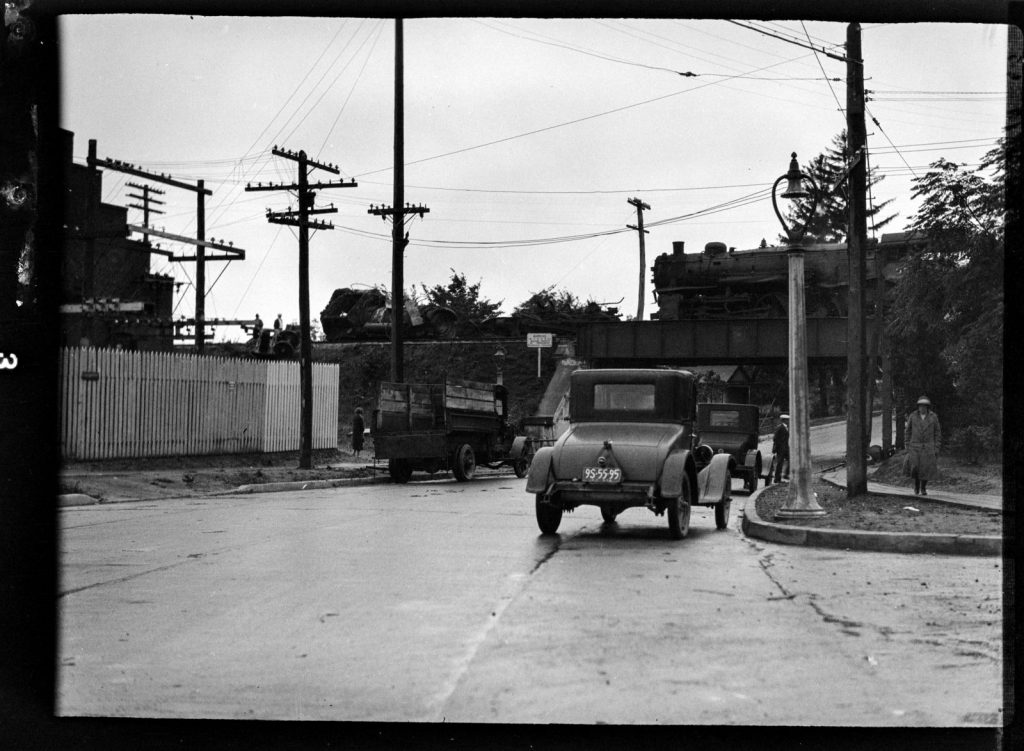 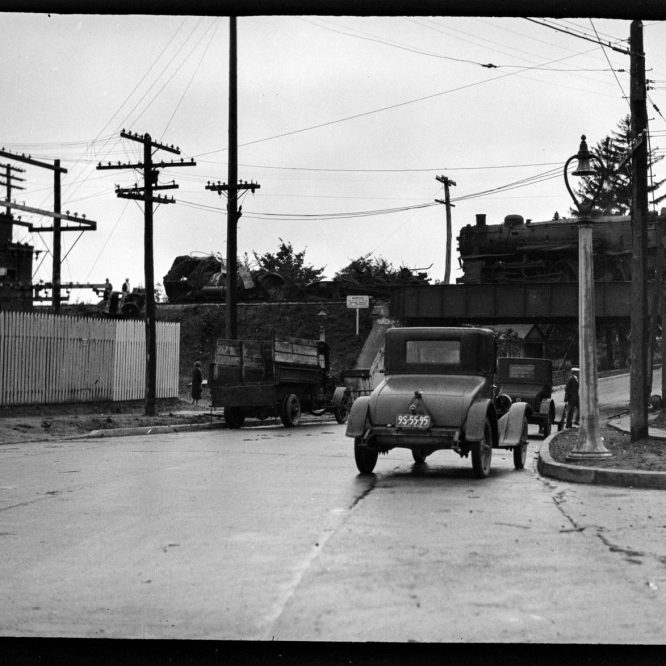 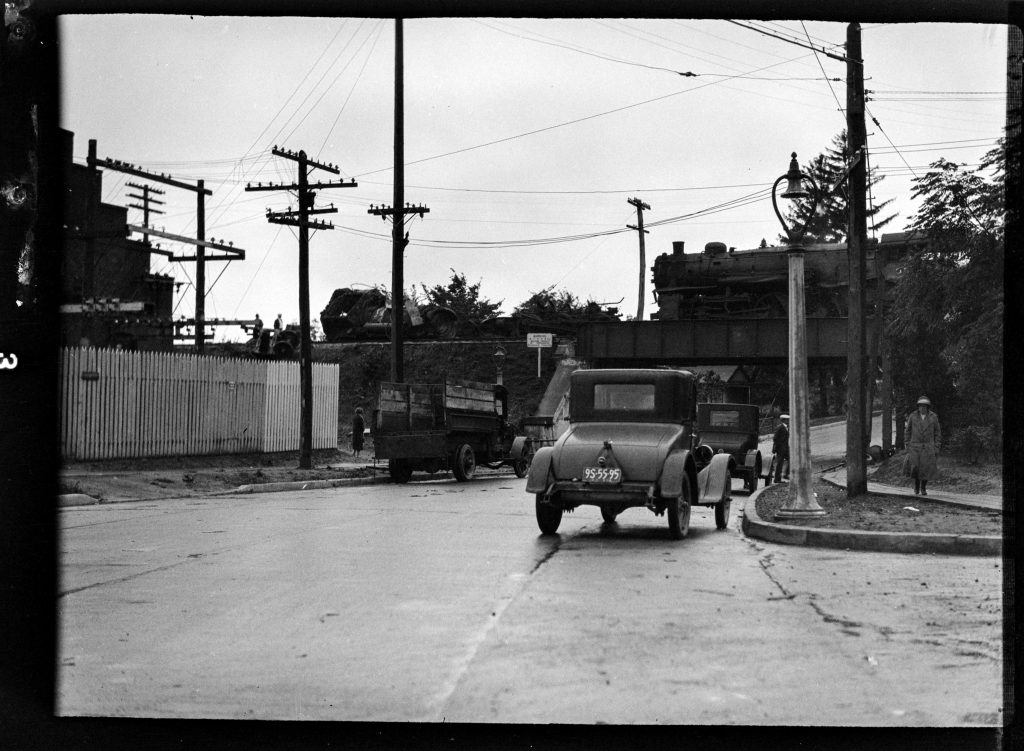 This photograph, taken September 25, 1926, shows the aftermath of a locomotive collision at Holley. Looking south on South Main Street, the Holley Electric building is pictured on the left. A few individuals are in the vicinity, including a young girl standing between the tall white fence and truck along the left side of the road. Upon closer inspection, a bicycle is lying on the curb near the railroad overpass, possibly left there by the girl.

At 3:33pm on September 24, 1926, an express train, Engine 3373, pulling 28 cars and two coaches departed the Fancher station on the New York Central Railroad. Meanwhile, Engine 485 operating at a local quarry just east of Holley was pulling two cars along a segment of track. According to reports following the accident, Engine 485 was switching cars near the Holley station located immediately west of the railroad overpass as the express train approached.[i]

Traveling westbound against current traffic, the engineer in charge of Engine 485 observed the approaching express train, warned his fireman of the impending danger, and both quickly jumped to safety. A similar scenario unfolded aboard Engine 3373 and the two locomotives collided traveling at approximately 20-25 mph. While the engineer of Engine 3373 was able to safely jump from the express train, his fireman Frank Maloney was not as fortunate.

Both trains derailed, mangling the tracks and piling up cars behind them. Engine 3373 rolled onto its left side, striking the railroad station on the north side of the tracks while Engine 485 rolled in the opposite direction, striking the freight house. A large portion of the station was damaged and freight house knocked from its foundation. Maloney, who was unable to jump from the engine, was pinned under the wreckage and severely scalded; he died shortly after the collision.[ii]

This photograph shows the scene the following morning when a wrecking crew arrived on scene to clean up the debris. By the time this image was taken, Engine 3373 was turned upright, but the mangle pieces of Engine 485 are visible to the east of the overpass. A local brakeman was found at fault for failing to warn the oncoming express train.