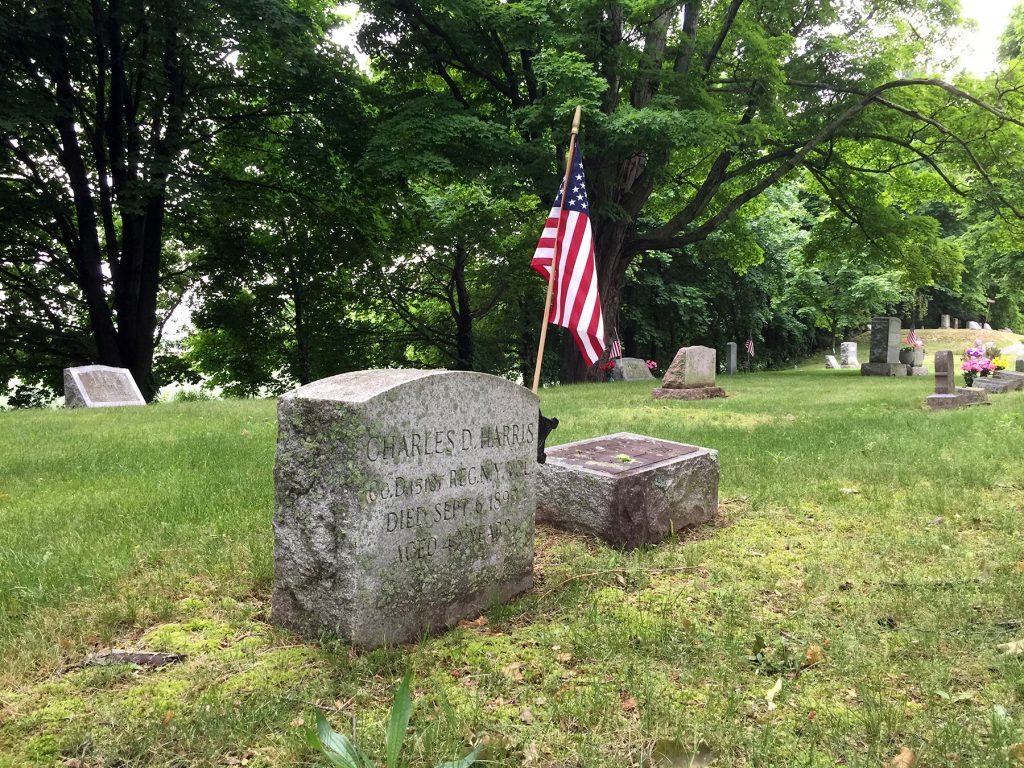 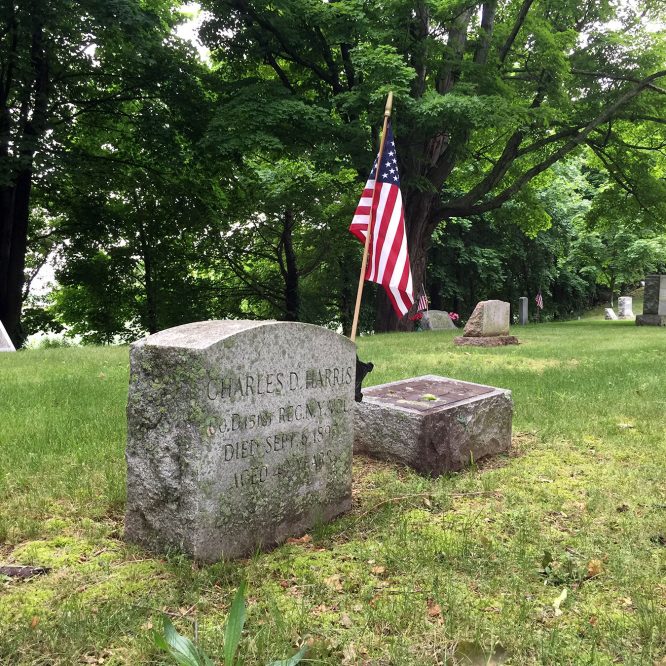 With the recent announcement that David Bellavia would receive the Medal of Honor on June 25, 2019, he becomes the fifth Orleans County native and second Lyndonville native to receive the United States’ highest military decoration. Since Abraham Lincoln signed Joint Resolution No. 82 on July 12, 1862, the President of the United States has presented more than 3,400 Medals of Honor to members of all branches of the military, including over 1,500 medals to Civil War soldiers. It is important to note that during that time, the Medal of Honor was the only military decoration attainable and as a result, many soldiers who received the honor would not meet the stringent requirements of the medal today.

Over the course of this past year, the Congressional Medal of Honor Society and the Medal of Honor Historical Society have endeavored to locate the final resting place of Charles D. Harris of Albion. Born in July of 1846 to Nathaniel and Cornelia Harris, Charles enlisted as a private with Company D of the 151st New York Infantry on October 22, 1862. According to the “Chronicles of the One Hundred Fifty-First Regiment New York State Volunteers,” Harris was captured on September 19, 1864 at Opequon, Virginia, during the Third Battle of Winchester and paroled the same day.

On September 23, 1869, a Sgt. Charles D. Harris of Albion, New York was present at Red Creek, Arizona, with Company D of the 8th U.S. Cavalry. On that date, the 8th Cavalry engaged a group of Apache Indians during the Apache Wars, which resulted in three men receiving the Medal of Honor. John Walker, George Ferrari, and Harris all received the medal for “Gallantry in Action,” but the specifics of the engagement and the actions that warranted the awarding of the medal remain shrouded in mystery. In the years following the war, Charles Harris returned to Albion and lived a quiet life until his passing on September 6, 1895.

The Medal of Honor Historical Society has attempted to prove that Pvt. Charles D. Harris of the 151st New York Infantry and Sgt. Charles D. Harris of the 8th U.S. Cavalry were one and the same. After several months of searching for documentation to prove the connection, a V.A. master file confirmed that Sgt. Charles D. Harris was also a member of the 151st New York Infantry during the Civil War. Although a military gravestone exists in Mt. Albion Cemetery, the stone contains no notation that he was awarded the Medal of Honor. The Department of History received confirmation this week that a new stone will contain an inscription that calls attention to the award.

On September 28, 1859, the then thirteen-year-old Charles Harris mourned the loss of his eleven-year-old sister Lydia who was killed during the collapse of the Main Street Bridge in Albion.