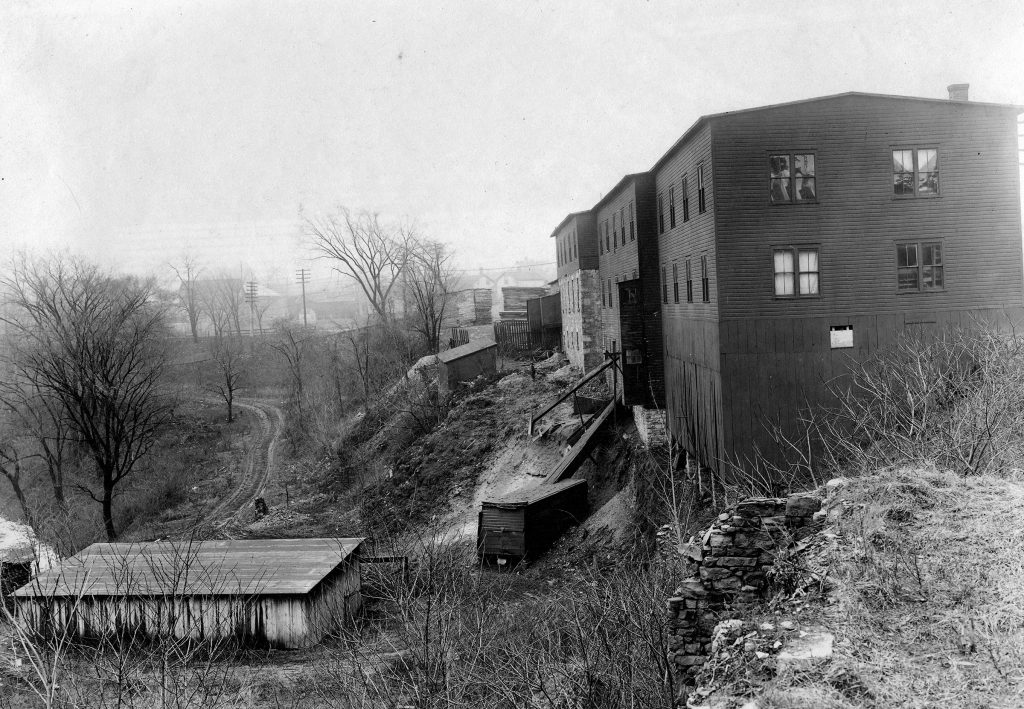 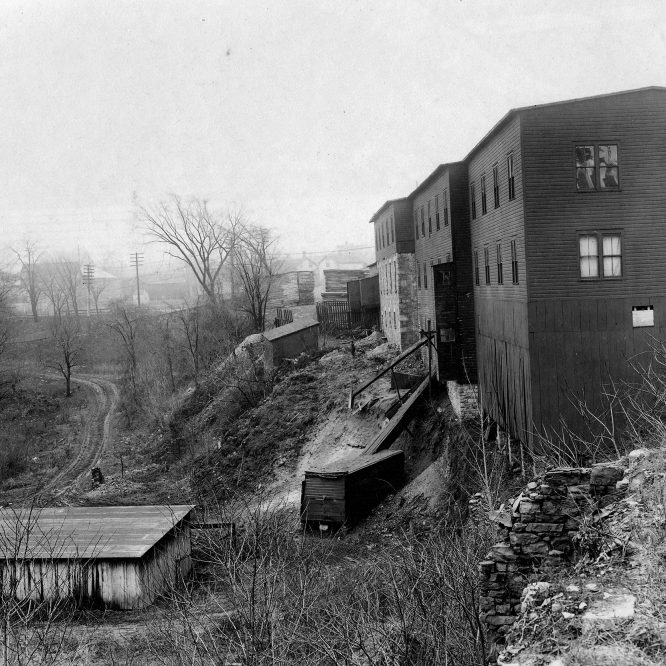 One of Medina’s most prosperous businesses during the early portion of the 20th century was the Empire Couch Company established by Earl Card and Walter Marvin in 1901. Prior to establishing a factory in Medina, the small outfit operated out of Middleport with mild success. After the company purchased the Bignall Works facility and constructed a new building in its place, the business was sold to J. D. Smith.

With financial support from Alonzo Phillips, the company witnessed considerable growth during the following years. The original factory was a 40 foot by 140-foot building equipped with electric lighting, heat, and hot water but demand for merchandise forced the company to expand relatively soon after. This image shows the facility after that expansion, the photograph taken on March 20, 1913 as part of New York State’s assessment of land and property leading up to the 1913-14 expansion of the Erie Canal.

When New York State started the process of expanding and widening the Erie Canal in 1913, the Empire Couch Company was given $13,888 for the land and buildings on this property and was forced to relocate to a new site on Orient Street near the intersection of Short Street immediately north of the railroad tracks. The forced relocation was a welcomed one as the demand for fine furniture built in Medina was growing at an exponential rate. The area newspapers praised the high quality of furniture made by the company and its high rate of employment.

On October 14, 1930 the Medina Daily Journal published an article noting the company’s steady and prosperous growth stating, “This plant does its share to make the wheels of industry in Medina go round and there is every indication that it will continue to do so in the future.” Unfortunately, the Lockport Union Sun and Journal published an announcement the following year on November 3, 1931 stating that the Central Bank of Medina was closing due to the decline of the bond market. With the majority of the company’s funds held by that bank, the closure forced the Empire Couch Company to go bankrupt. With the company’s liabilities totaling close to $40,000 and assets equaling about the same, a bankruptcy auction was held and the property sold to William J. Gallagher’s trucking outfit. With that auction in 1935 went a successful but short-lived Medina enterprise.