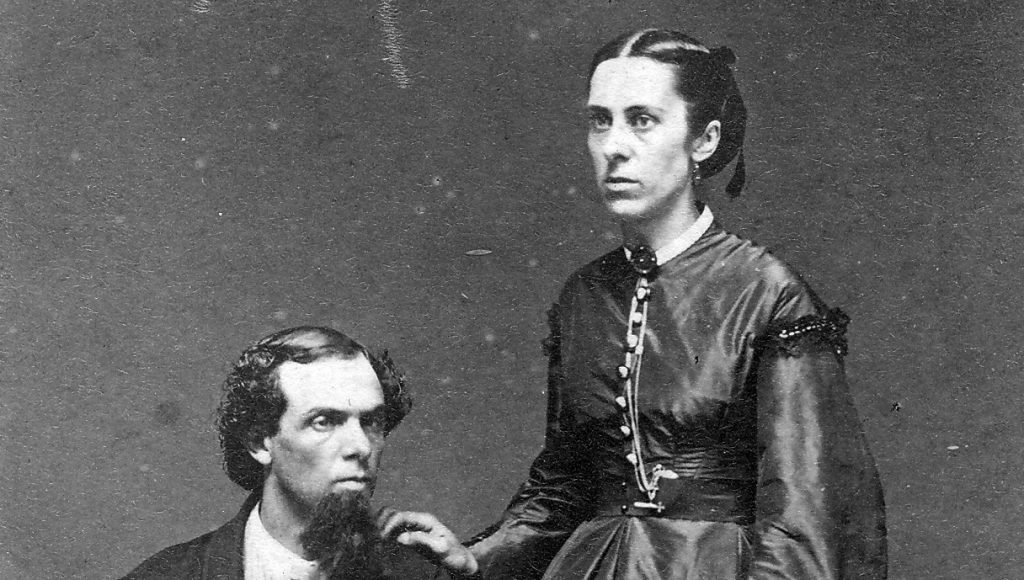 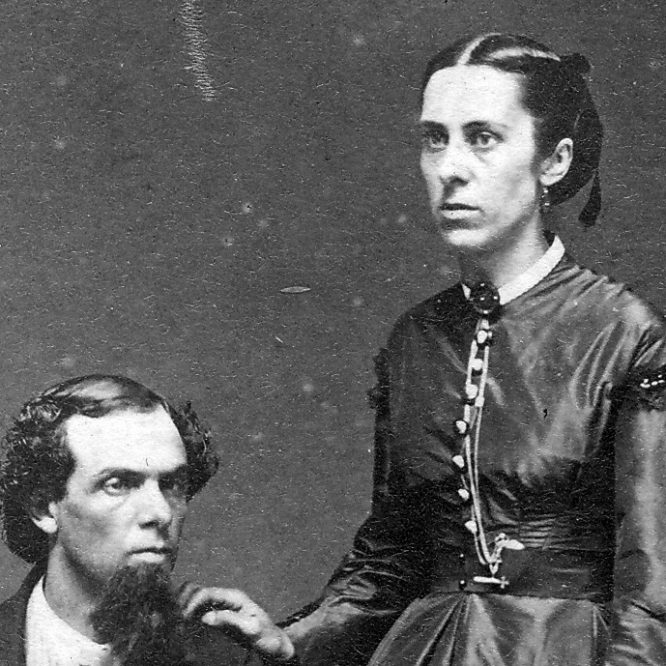 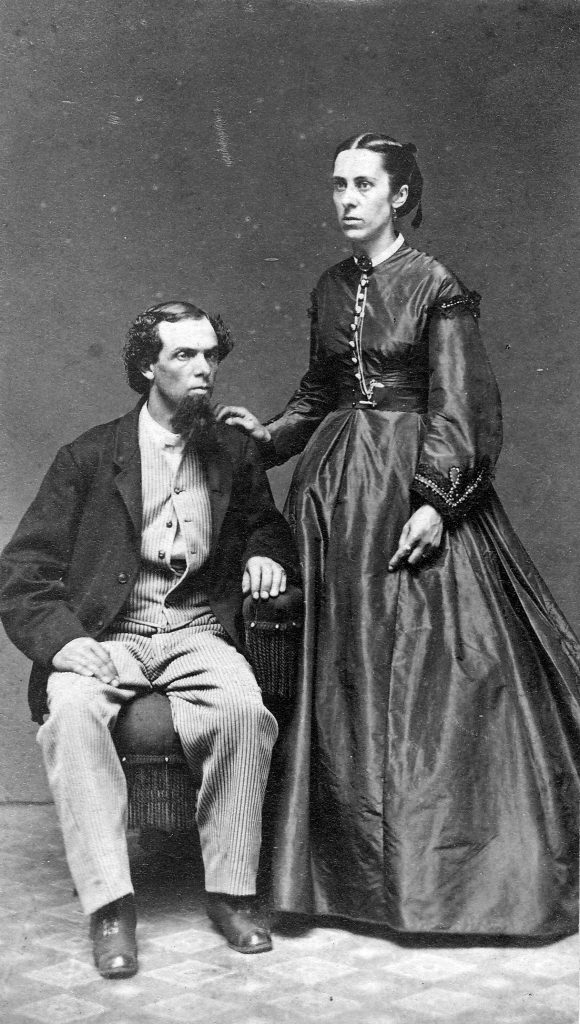 This photograph, taken some time in the 1860s by an unknown photographer, shows Philetus and Eliza Bates of Jeddo; an inscription on the reverse reads “Bates and wife, storekeeper at Jeddo.” The Bates family was well known in Ridgeway near the Niagara-Orleans County Line thanks, in part, to Philetus’ father. An early settler of Orleans County, Orlando Bates constructed the first mill at Jeddo Creek and the location was quickly referred to as “Batesville” in honor of its pioneer founder.

On the surface, the life of Philetus Bates appears relatively uneventful. An obituary published in the days following his death on November 26, 1913, notes that he was a successful merchant at Jeddo and Middleport. At the close of the Civil War, his business suffered, and he turned to hotel proprietorship in order to make a living. Upon his departure from the earthly realm, he was laid to rest next to his wife and daughter in the West Ridgeway Cemetery. However, with a little digging, Philetus Bates’ reputation was marred by unprincipled and immoral behavior.

On November 9, 1853, Philetus married Eliza Southworth just two months after the death of her father, Harmon Southworth. From all accounts, the two lived a normal life together, although the posing and facial expressions in this photograph might indicate otherwise. In the January 31, 1882 edition of the Rochester Union and Advertiser, an article entitled “A Medina Bigamist” appeared on the back page of the paper. A nearly identical article appeared two days later in the Medina Register under the headline “Bates’ Indescretion (sic).”

According to the articles, Bates deserted his wife several years prior, sold most of the furnishings from the Medina House where he was landlord, and disappeared. Upset and ravaged by the stress of the situation, his wife became ill and was forced to earn her own living by sewing and taking in boarders. Philetus would occasionally return to Medina to sell jewelry and celluloid goods as a traveling salesman, but his stays were short in an effort to avoid his wife. Eliza became even more confused when she received a letter from Philetus asking her to send bedding and a bedstead to Chicago where he planned to make his “future home.”

Eliza wrote to friends in the Chicago area, asking them to dig deeper into her husband’s whereabouts. The response she received was infuriating, as she received word that Philetus had married another woman while roaming the countryside in the Midwest. Eliza wrote to the minister, John Crabbs, who allegedly married Philetus and his second wife. Crabbs responded in the affirmative, that he married her husband to a woman named Bertha Poucher in the village of Moronci, Michigan on September 22, 1881.

Additional research reveals that a bond for marriage license, affidavit, and marriage license were all filed in Crittenden County, Arkansas on February 4, 1882 for the 48-year-old Philetus Bates and 21-year-old Bertha Poucher. The reason for this “duplicated” marriage is unknown, but the newspaper articles closed by saying, “Philetus is still roaming about the country having, as we are informed, deserted number two and is probably looking for new worlds to conquer.” Clearly his interest in his second, younger bride passed quickly. His behavior was, however, not surprising to many in the Lyndonville community. It was reported that “Bates’ morality would not bear inspection and that he kept one or two girls of a loose character ostensibly as help but in reality as mistresses.”

After the death of Eliza on March 10, 1884, Philetus returned to Orleans County to operate hotels in the Lyndonville and Ridgeway area. His penchant for illegal activity remained as he was charged on several occasions for selling liquor at his establishments without a license. On one particular occasion in November of 1885, he was charged in connection with the death of J. Mahar, who committed suicide soon after consuming liquor purchased from Bates. In 1887, Bates pleaded guilty to a similar crime, spent 30 days in the Orleans County Jail, and left for Niagara County upon his release.