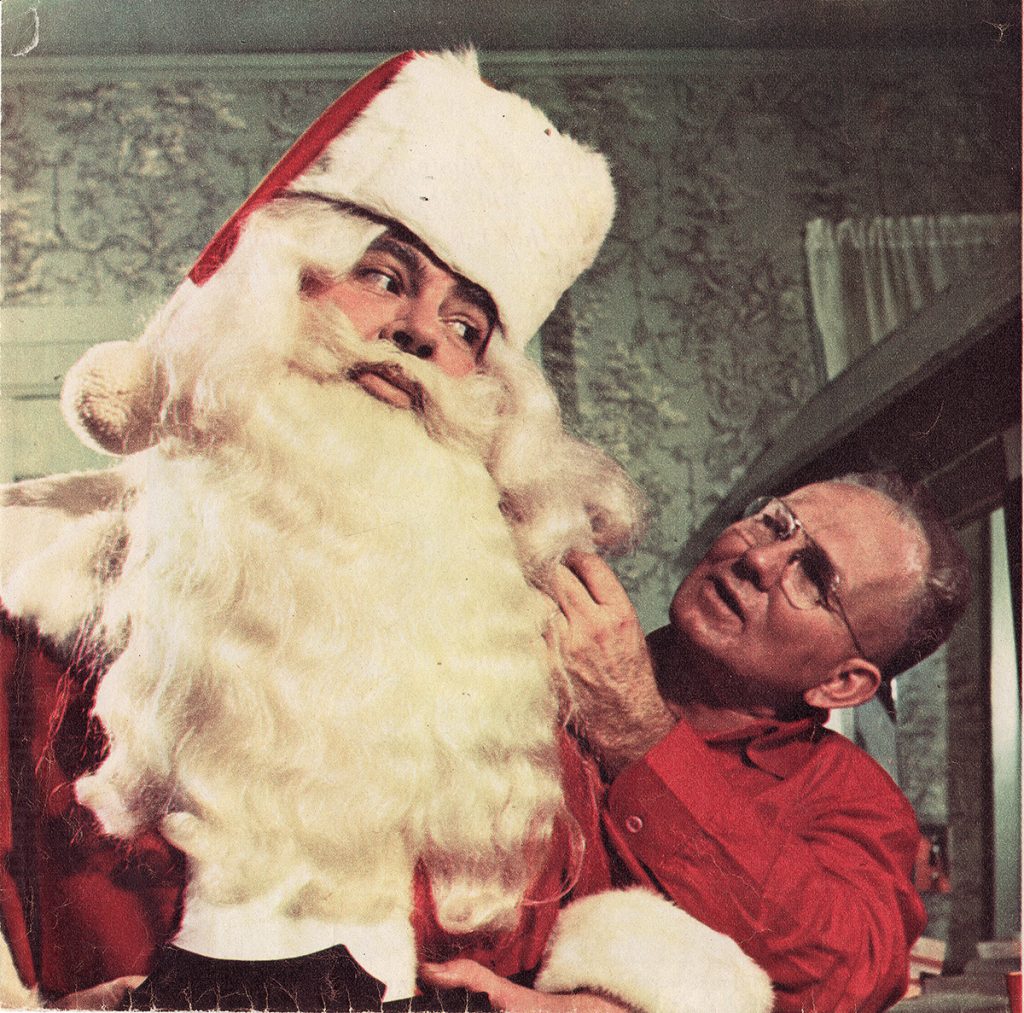 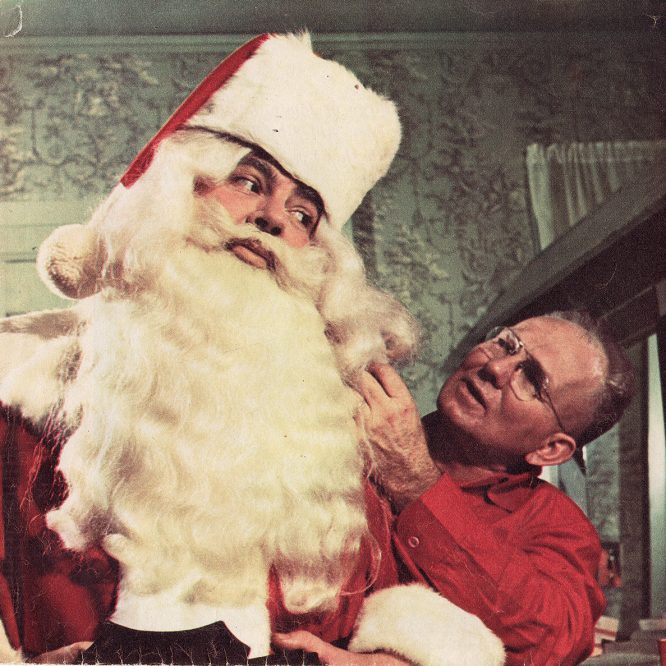 There is no better way to reflect upon the holiday season than to recall the story behind the foundation of the world’s first Santa Claus school established in Albion. Thankfully, the history of the Charles W. Howard Santa Claus School was recorded in 1966 in Charlie Howard’s own words before his passing on May 1st of that year.

As a young child, Howard enjoyed crafting toy furniture and wagons from wood, which friends and neighbors adored so much that they often gifted them to loved ones. His mother sewed a suit for him as a boy to play the role of Santa Claus as he was “a short fat boy.” Wearing a “false face,” his blue eyes were filled with joy but he felt the mask was “more frightening to children than his own.”

He always admired the store Santa, but was never able to work up the courage to do it himself. One year he visited the Merrill & Son Furniture Store at Albion and suggested that they hire him to play the role of Santa while making toys in the front window; he was quickly hired and paid $15 per week. Eventually he wrote to a store in Rochester seeking a similar position and was asked to visit for an interview. After traveling 35 miles outside of Albion, Howard arrived at the store dressed in his suit. The store owner took one look at him and asked “when can you start work?”; no questions asked.

Charlie was so terrified on his first day that he refused to exit the dressing room. When the store staff eventually forced him out, the smiling faces of hundreds of children melted those fears away and the day passed quickly. The journey from Albion to Rochester was a lengthy one, but convenient by way of the Falls Branch of the New York Central Railroad. He would awake at 4:00am, complete his morning farm chores with the aid of a hired man, and his wife would drive him to Albion in time to catch the train.

It was after one particular interaction with a child that he fully realized the significance of Santa Claus. On that occasion, a little girl asked, “Santa, will you promise me something?” “What is it you want me to promise?” Howard responded. The child creeped in closer and whispered, “Will you promise me you will never shave?” At that point he understood that Santa meant a great deal to children, an interaction that led to a heightened curiosity about Santa Claus. He began to study, reading about his origins, and about who he was – he quickly realized that there was more to Santa than he had ever imagined.

It was in 1937 that he started the school, an event that made headline news. His first class consisted of one student, Frederick Wise, a welder from New Jersey who paid $15.00 for his tuition. The lack of response was disheartening at first but he was encouraged to raise tuition in an effort to increase the perceived value of the program. Gradually increasing the rate to $25.00, then $40.00, and finally $50.00, he witnessed an increase in enrollment each time.

“Santa originated in the home. It was best to keep him there,” was Howard’s reflection upon the establishment of the school. With no official schoolhouse or classroom, classes were held inside the family home located at the intersection of Gaines Basin Road and Route 31. As interest in the program increased, he enlisted the help of experts in various areas. Charlie Hood of Medina was respected as a great showman and so his assistance was helpful in that aspect of portraying Santa. Ed Butters of Coldwater, Michigan was an expert in reindeer, so he was brought in to assist with one of the most important aspects of the Santa experience.

During World War Two the shortage of men led to women attempting the role, but as Howard recalled this only worked if the woman had a “deep voice.” One woman had such a voice and was a huge hit until store patrons complained about Santa visiting the ladies’ room! Howard went as far as to try a mail order course, which failed miserably; the spirit instilled by Charlie was the most important part of the school experience.

He told store owners, “to have what it takes to be a good Santa, one must have it in his head and in his heart rather than under his belt…they could take care of that without effort.” From a young age, he realized that teaching the role of Santa was a great task and always viewed that task as a privilege. So important was this role, that Howard remarked, “Show me a store’s Santa or a community Santa and I’ll tell you exactly the kind of store or community it is.” It is no surprise that Orleans County had the best Santa of all; the original.