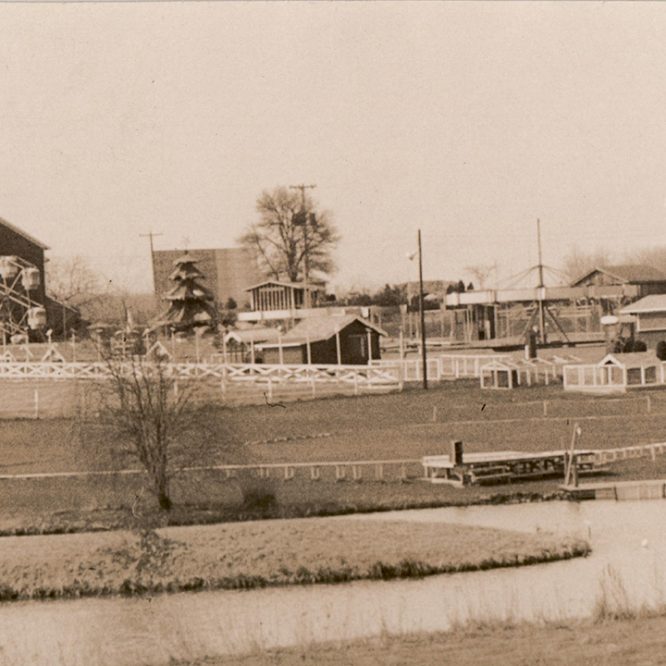 Starting in the mid-1950s, Charles Howard started the process of converting his farm and barns to a Christmas-themed amusement park. On Saturday, September 22, 1956, this “entertainment, education, gift, and amusement center,” opened for a short, 13-week season. Mrs. Henry Greene of Medina provided “Christmas Village,” a collection of 20 small houses, schools, churches, and other structures, fully furnished and lighted – an endeavor that required 25 years of collecting to complete. Also included was “Toy Lane,” a collection of 23 window scenes aimed at simulating store fronts. Children had opportunities to visit with Santa Claus, see reindeer in the stables, and visit Mrs. Santa’s Kitchen for a bite to eat.