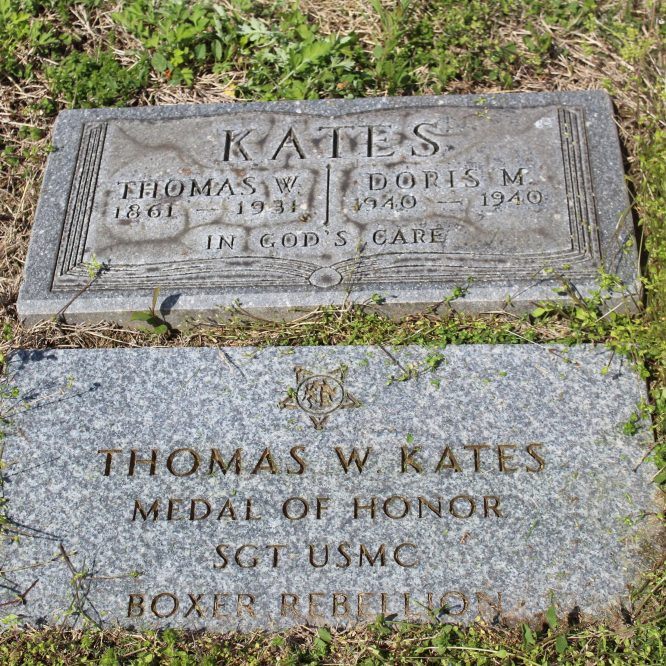 Vol. 5, No. 25 According to the Congressional Medal of Honor Society, nearly 3,500 soldiers have received the Medal of Honor since its inception in 1862. Of those medals awarded, nearly half served with the Union Army during the Civil War. Between the conclusion of the American Civil War and World War One, 765 men received the medal, the largest number serving during the Indian Campaigns (426) and the smallest number serving in the Dominican Campaign (3) during the U.S. occupation of the Dominican Republic from 1916 to 1924. Of those 756 medals, 33 were awarded to Marines serving during

END_OF_DOCUMENT_TOKEN_TO_BE_REPLACED

Volume 2, Issue 23 Memorial Day was a weekend for self-reflection for many Americans, while others find enjoyment in spending time with family, vacations, and cook-outs. One noticeable presence during this past holiday weekend was the outcry of citizens asking for the greater community to remember the true meaning of the day; an opportunity to honor those men and women who gave everything for our country. Winston Churchill’s famous quote, “Never in the field of human conflict was so much owed by so many to so few,” stands as a statement that every American should memorize. One thing that Orleans

END_OF_DOCUMENT_TOKEN_TO_BE_REPLACED

Volume 2, Issue 20 This image of Lt. Col. Henry Ludwig Achilles shows him garbed in his Union officer’s uniform taken sometime around 1862 at the studio of George Hopkins in Albion. A New Hampshire native, Achilles established himself in Rochester as a young entrepreneur and man of religious conviction. As an established tinsmith, he was responsible for starting one of the first foundries in Rochester where he engaged in the manufacturing and sale of sheet metal and tin. His early successes in business allowed him to contribute to the purchase of property for the construction of the First Baptist

END_OF_DOCUMENT_TOKEN_TO_BE_REPLACED

Old-Time Orleans, Vol. 1, Issue 25 This past week I had the pleasure of visiting the Fredericksburg Battlefield Park in Virginia and Gettysburg Battlefield Park in Pennsylvania, both with connections to local soldiers from Orleans County. Each visit was a moving experience and I thought perhaps I would share several stories of local men from our area over the coming weeks. This image shows the gravesite of Pvt. Charles McOmber (misidentified as McCumber), burial number 2296. Charles McOmber was born in 1844 at Carlton – his uncle Col. Calvin Otis was in command of the 100th New York Infantry and

END_OF_DOCUMENT_TOKEN_TO_BE_REPLACED

Old-Time Orleans, Vol. 1, Issue 24 Taken around 1935, this image shows Orleans County’s last surviving Civil War veterans; now notice I did not write “last surviving Union veterans.” Standing left is Robert Canham proudly wearing his Grand Army of the Republic ribbon. A native of England, Canham came to the U.S. at age 14 with his family and enlisted with the 3rd U.S. Artillery for three years before reenlisting with the 90th New York Infantry. At the time of his death in 1838, he was the last surviving Union veteran in this county at the age of 100. In