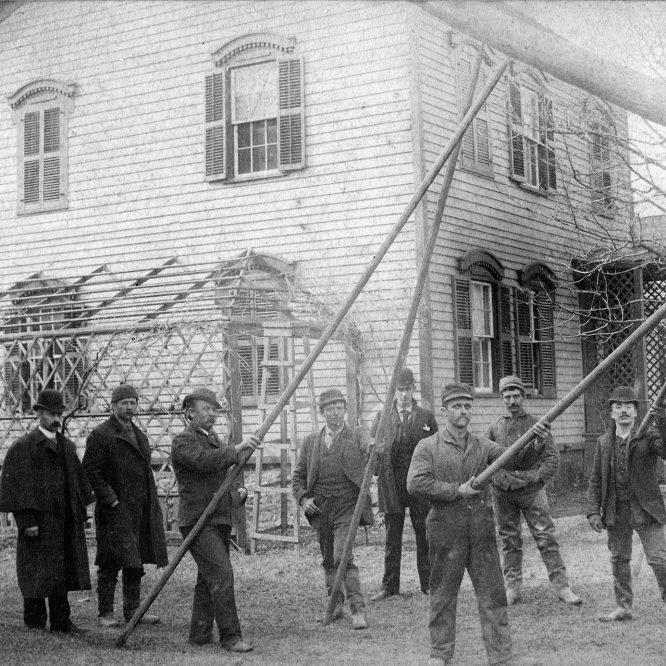 Volume 3, Issue 12 The origins of electric streetlights date back to over 130 years ago when Wabash, Indiana became the first city to utilize the system that would eventually replace gas lighting. It was nearly six years after that initial testing that the Village of Albion began to explore the possibility of erecting electric lights to illuminate the streets. This image shows a group of eleven men erecting the first electric pole in Albion, located on Madison Street (now East Park). The Albion Electric Light Company, formed in 1889 by E. Kirke Hart, William G. Swan, and George W.