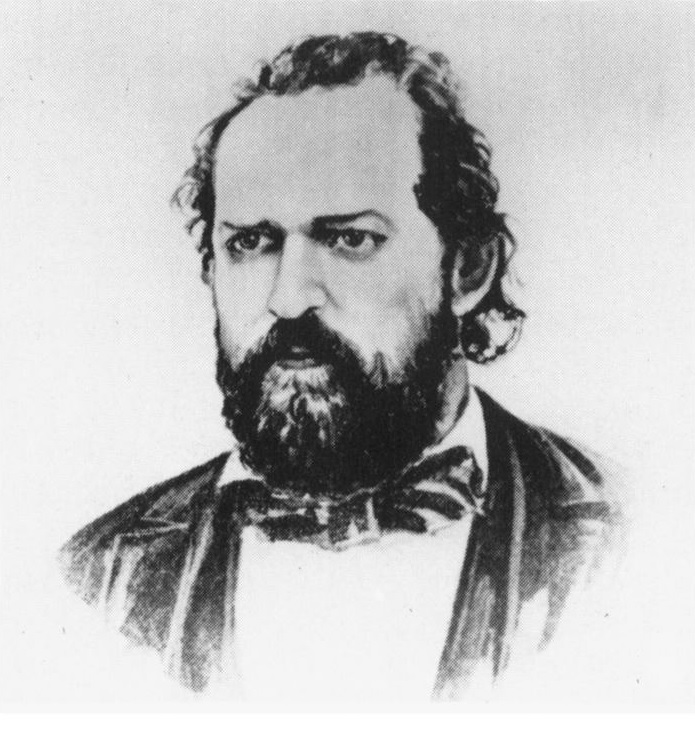 A native of Bainbridge, New York, Henry C. Lawrence was born on August 5, 1820 to Richard Lawrence and Sarah DeZeng. Richard moved his family to Lafayette, Indiana prior to 1845 where he established The Good Samaritan drug store in 1844 on the north side of Lafayette’s public square. It was in 1853 that Henry would enter into a partnership with his father and younger brother, George DeZeng Lawrence.

In 1854, Henry Lawrence married Martha Stevens of Knowlesville, but their life together was short and she died on October 10, 1855 at her father’s home in Orleans County. Henry remarried to Martha’s older sister Maria Stevens Flintham, the mother of Albion undertaker William S. Flintham.

Shortly after his arrival in Indiana, Lawrence became an active member of the Free and Accepted Masons, an organization emerging from the persecution of the Anti-Masonic movement of the 1830s and 1840s. In 1853 he was selected as the Grand Master of the Grand Lodge of Indiana and remained in that position until 1854. It was during that year that the partnership with his brother ceased and he took full ownership of the family business.

Taking considerable interest in the business, Lawrence expanded upon the basic medicines in which his father dealt; drugs, medicines, paints, and dyestuff. He added perfumes, hair dressing, fertilizers, and spirituous liquors for both recreational and medicinal uses. It was also during this time that Lawrence took an aspiring young Eli Lilly under his wing as an apprentice during the years of The Good Samaritan drug store.

Lilly was present during the growth and expansion of Lawrence’s business, witnessing the transformation of the business into The City Drug Store around 1857. Translating from a French pharmacology journal, Lawrence instructed Lilly in the method of dipping pills in molten gelatin to produce an easy-to-swallow capsule.

The mentorship between Lawrence and Lilly ended in 1858 when it was determined that Lilly was more than capable of conducting himself in the drug business. Nearly 10 years later, Lilly would set himself on a path towards developing one of the largest drug manufacturing businesses in the United States; a company that still bears his name today.

Lawrence met his untimely death in 1862 as the result of an accident and his body was interred within his father-in-law’s lot in Knowlesville. As part of the 1968 sesquicentennial celebration of the founding of Masonry in Indiana, a bronze plaque was erected at the gravesite of Lawrence with the assistance of Eli Lilly and Company. This marker pays tribute to Lawrence, “an encouraging teacher” and mentor of a pharmaceutical giant.