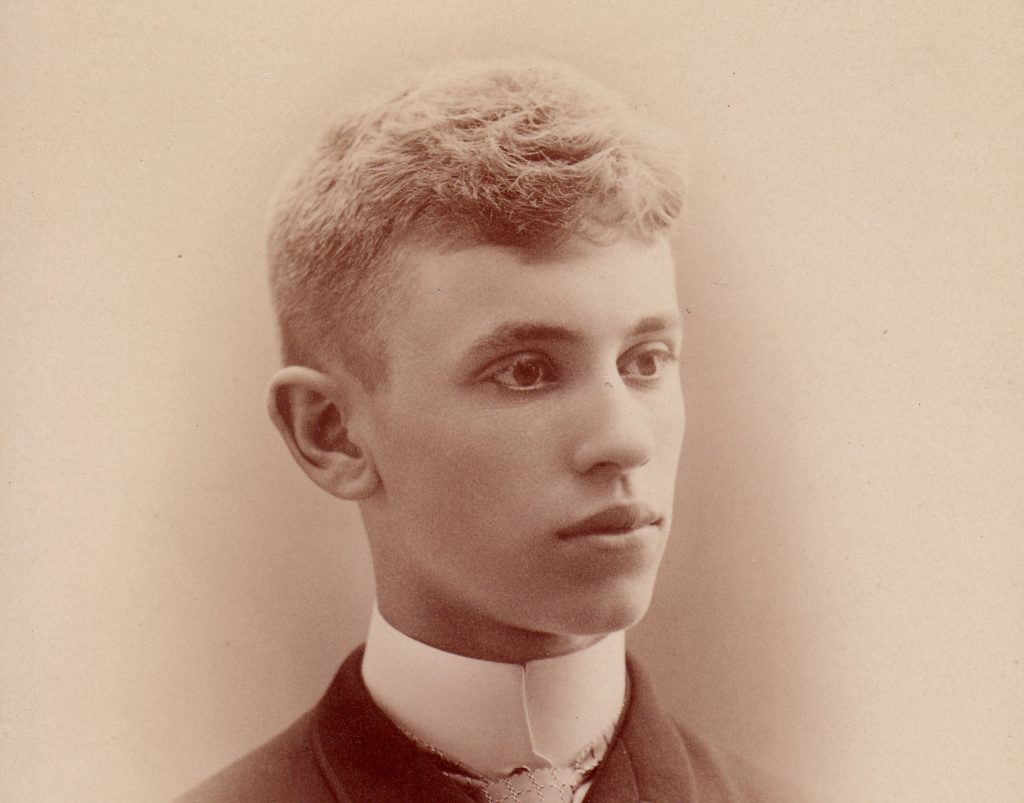 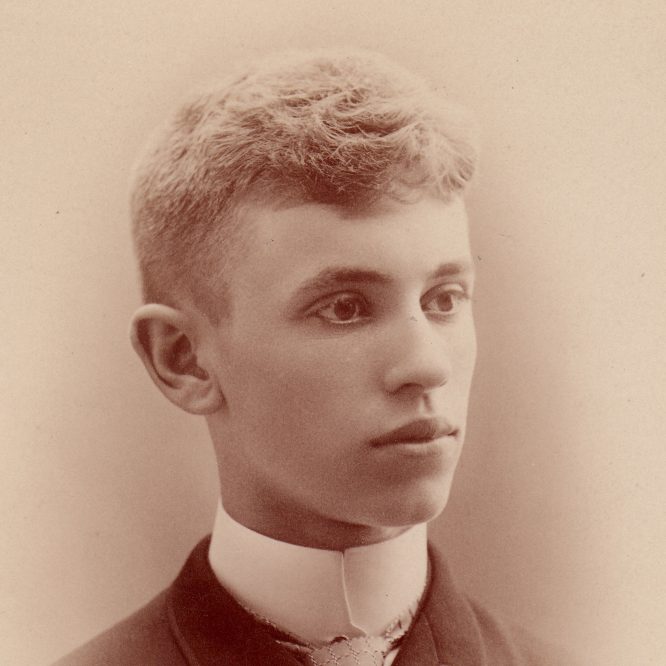 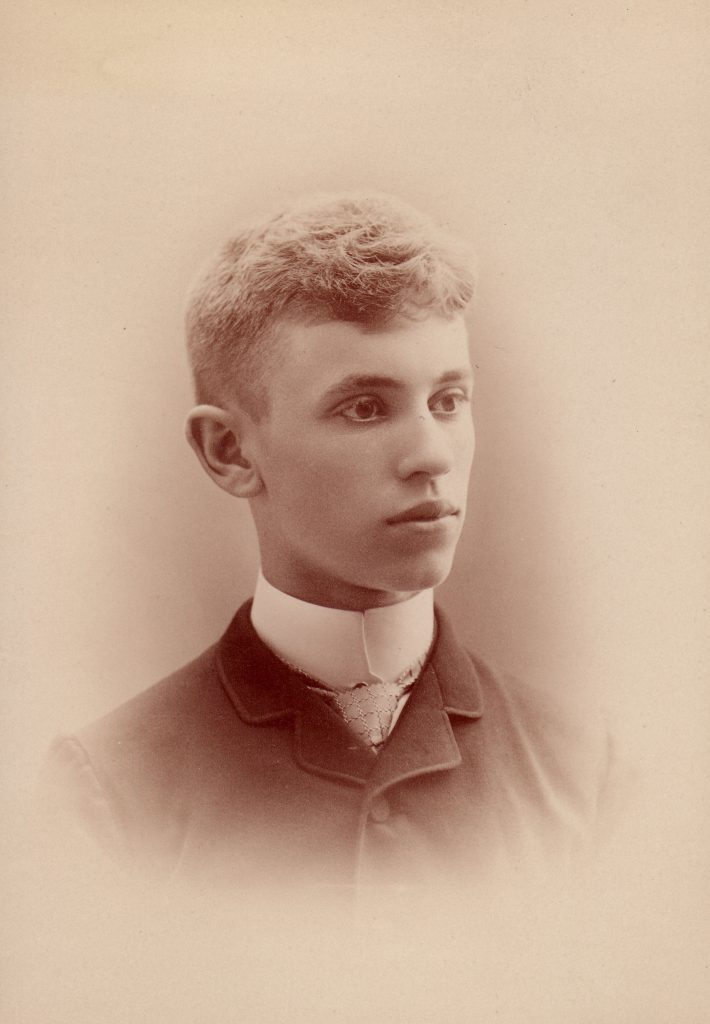 This image taken by Francis Burnette of Albion shows a young Charles Royce Sawyer, probably around 1890. The son of George Sawyer and Elizabeth Royce, Charles was one of two children born to the prominent Albion couple; unfortunately, his younger sister Lucilla died just over a month after birth. Sawyer received his early education at Albion and eventually entered employment with the Citizen’s National Bank as an assistant cashier.

Charles was prominent in local political, social, and business affairs and was said to have a “genial hearty manner that made him friends with everyone.” After joining the fire department in Albion he progressed through the organization, first as treasurer for the Dye Hose Company and then serving as Chief Engineer. It was the goal of his tenure as Chief to mechanize the entire department and it was his work that secured the first mechanized fire truck in New York outside of New York City.

Sawyer was respected for his business and financial acumen, which was reflected through his participation as a director with the Grower’s Cold Storage at Waterport and as a director at the Citizen’s National Bank. During his 6-year tenure as Orleans County Treasurer, an investigation by New York State Comptroller Martin Glynn revealed that Sawyer had conducted business in a manner which “constitutes malfeasance in office, [for] which he might be removed.” He was responsible for expending nearly $9,000 in claims that went unaudited by the Board of Supervisors. In addition to this he was accused of taking out $69,888.90 in loans for the county, none of which were properly contracted.

Sawyer and his wife Fannie had a son, Charles Royce, Jr., who on one particular occasion was sent to school a distance away from Albion. As the story goes, the family packed up the car, dropped young Charles off, and took a lengthy scenic trip back to Albion. When the couple returned home, they found their son seated on the front steps. He had decided very shortly after his arrival that his new home was not to his liking and caught a bus home.

In 1924, Sawyer was involved in a minor car accident. After a few days in bed, it was the general impression that he was making a full recovery from his injuries. Ten days later, he died unexpectedly from a massive heart attack – some thought the injuries he sustained in the accident were worse than first thought. His funeral was held at Christ Church in Albion with over 2,000 in attendance. After the home service concluded, the fire department tolled the bell in his honor. The funeral procession to Mt. Albion Cemetery consisted of nearly 100 automobiles and businesses throughout the village were closed during the services.