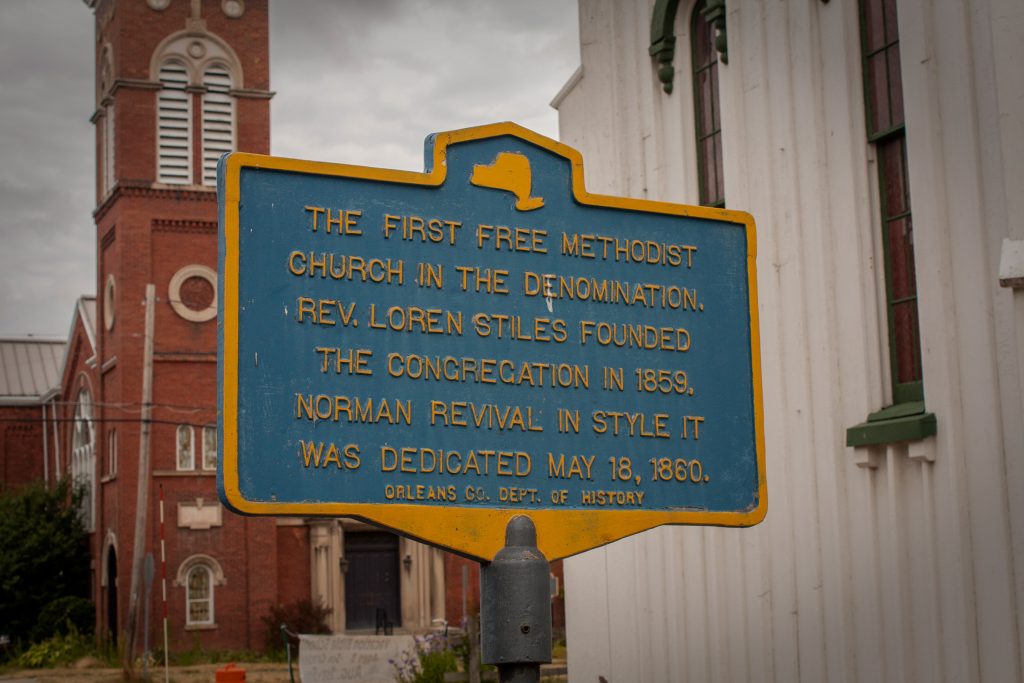 Nearly thirty years ago, an historic marker was installed on the corner of East State and Platt Streets in Albion to mark the location of the first Free Methodist Church. Installed in 1990 by the County Department of History to celebrate the 130th anniversary of the establishment of the church, the marker reads:

“The first Free Methodist Church in the denomination. Rev. Loren Stiles founded the congregation in 1859, Norman Revival in style it was dedicated May 18, 1860.”

The history of this particular congregation dates back to the pastorate of Rev. Benjamin Titus Roberts, who was appointed to the Methodist Episcopal Church at Albion in 1855. Upon his arrival, the congregation was the second-largest in the Genesee Conference with a membership of 285. After the completion of his second year at the pulpit, the numerical growth of the congregation was stagnant.

In August of 1857, a two-part article written by Roberts entitled “New School Methodism” appeared in the pages of the newly established Northern Independent. It was in this work that Roberts attacked the pew rental system of the church, a clear departure from “Old School Methodism.” He also placed emphasis on two theological errors in New School Methodism; placing good works in place of faith in Christ and equating justification with sanctification. This publication would ultimately lead to the expulsion of Roberts from the Genesee Conference.

Upon the removal of Roberts from the pulpit at Albion, Rev. Loren Stiles was sent to assume leadership of the congregation; Stiles remained at the pulpit until his expulsion from the Genesee Conference in 1859. F. W. Conable claimed that Rev. Stiles made the following statement, “There is a secession already from the church; the regency party are the secessionists. Of this class there are only a few in Albion, and those shall be read out…they have placed a false interpretation on the Bible and on the Discipline, and this is why I and others are out of the Conference and the Church.” To Stiles, he and his followers were members of the true Methodist Episcopal Church.

Gilbert DeLaMatyr, a future U.S. Congressman from Indiana, was sent to replace Rev. Stiles at the pulpit of the Methodist Church in Albion, much to the disliking of the congregation. It is recorded that 185 members of the Methodist congregation agreed to pay Stiles $600 to return to Albion and assume the pulpit of a newly established congregational church. Accepting this role, Stiles and his congregants formed the Congregational Free Methodist Church, holding services in the “Old Academy” until the basement of the new church was finished. The dedication of the $11,000 building was held on May 18, 1860 in the presence of a full church (approx. 1,300 people). On November 8, 1860, Stiles and his congregation joined the newly established Free Methodist denomination.

In 1861, Stiles was elected to the position of Evangelist Missionary Secretary and Chairman, which forced him to leave Albion. He remained in that position until his untimely death in 1863 from typhoid fever. Upon his expulsion from the Genesee Conference in 1859, a former presiding elder remarked that the Conference lost its scholar and orator; B.T. Roberts was the scholar and Stiles the orator. 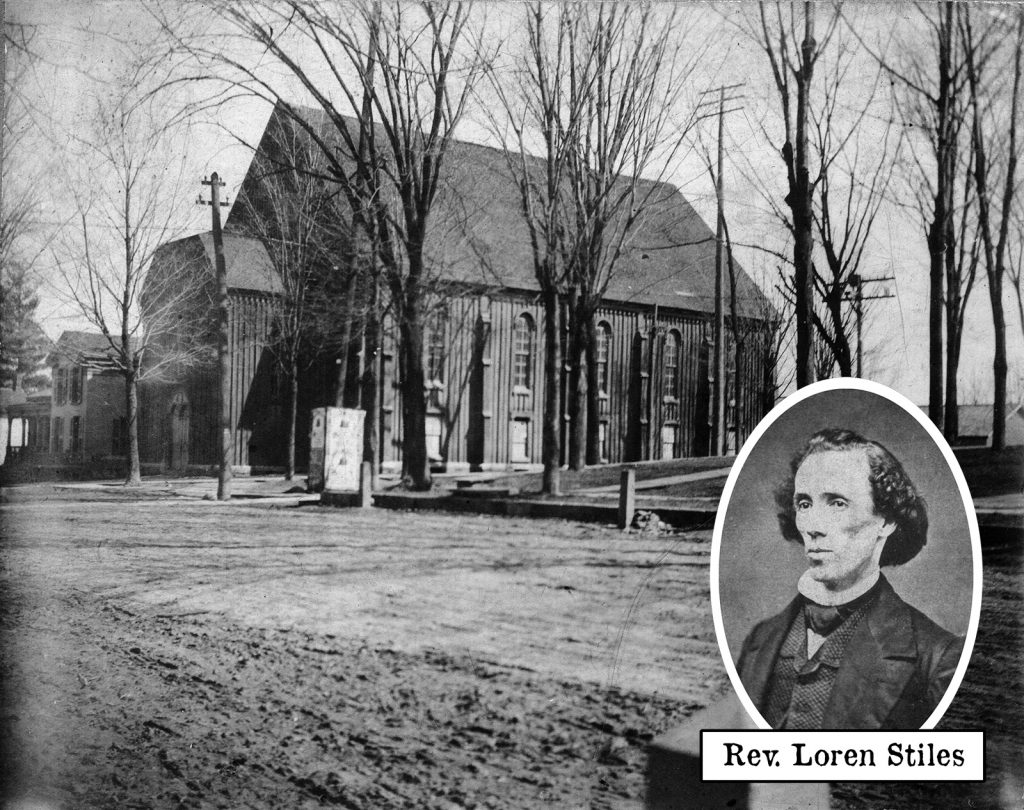 This photograph shows the Free Methodist Church at Albion as it appeared before a series of alterations occurred in 1899. In the spring of that year, the floor of the church was lowered six feet and a tower was added to the northwest corner of the building, effectively relocating the central doorway as seen in this image. A chapel on that corner was relocated to the south end, additional entrances added, and eighteen feet worth of space on the south side removed.