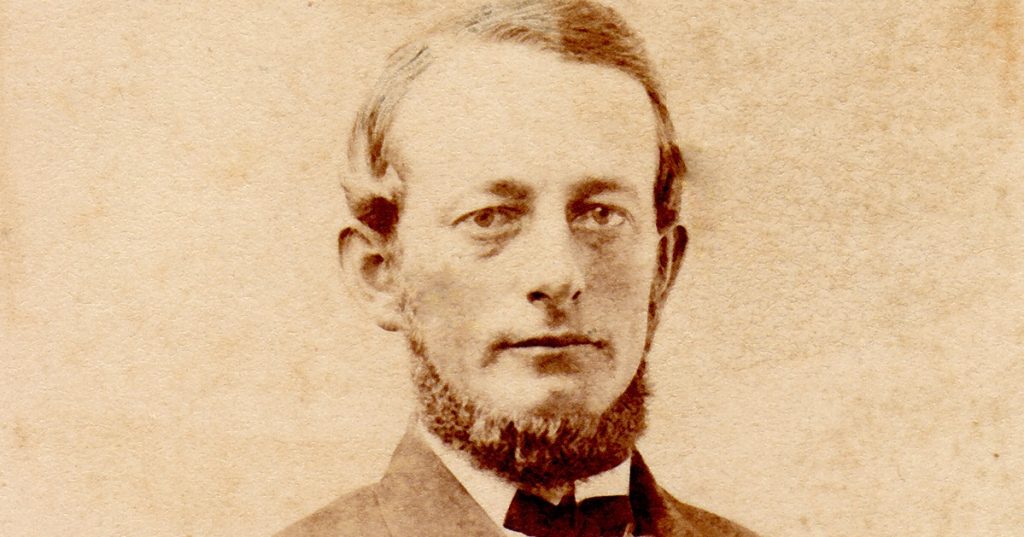 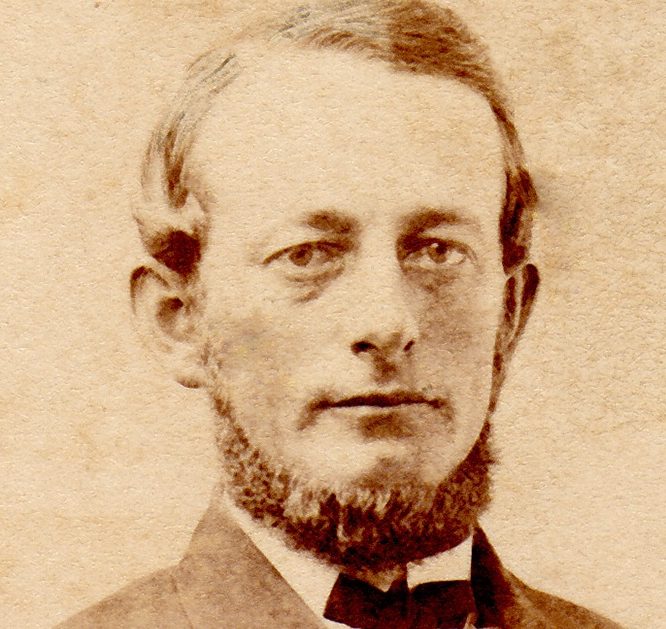 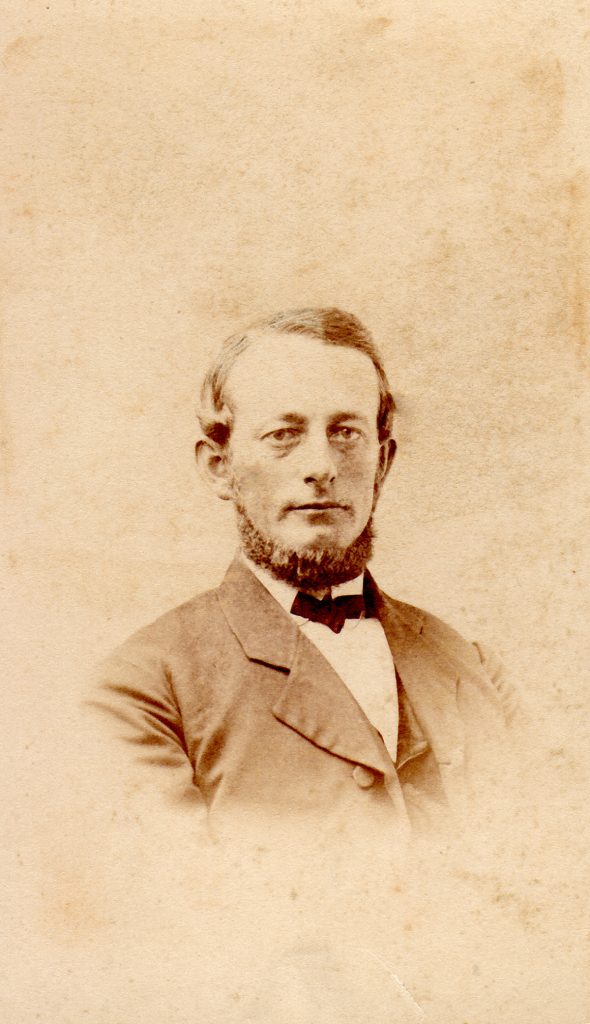 I do not love thee! – yet, I know not why,
Whate’er thou dost seems still well done, to me:
And often in my solitude I sigh
That those I do love are not more like thee!
– Caroline Elizabeth Sarah Norton

Did you know that until 1935, an individual could file a lawsuit against their sweetheart for “breach of promise to marry?” Although both men and women could initiate such a lawsuit, “Heart Balm Statutes” commonly provided a jilted lover with an avenue for seeking financial reparations against their darling gentleman. Sweeping reforms in the 1930s resulted in the passing of “Anti-Heart Balm Statutes” that abolished the ability for parties to bring action “for alienation of affections…seduction and breach of contract to marry,” as well as the right to “recover sums of money as damages…”

This photograph, taken by the Dunshee Brothers of Rochester, NY, shows Edgar Z. Pells of Ridgeway and was found in the same album as the portrait of Philetus and Eliza Bates (v. 5, no. 37). The son of William H. Pells and Maria Whitaker, Edgar spent the majority of his childhood in that vicinity, earning a common-school education, and eventually entering employment with his father. William Pells, a store owner and investor in the Medina & Alabama Plank Road Company, provided his son with an opportunity to expand his personal wealth. Investing heavily in the development of Ford County, Illinois, William partnered with Ransom R. Murdock to purchase and survey Prospect City, now known as Paxton.

Spending time between Illinois and Western New York, Edgar quickly became the most eligible bachelor in the community. Although he was described as rather short and stout, his family’s wealth made him an attractive candidate for courtship. In 1887, Pells started a relationship with Carrie Myhill, a young schoolteacher in Ridgeway; he was forty-eight years old and she was twenty-three. From all accounts, the two fell deeply in love, that is until Pells had a change of heart. In 1896, Stanley Filkins filed a breach of promise suit against Pells on behalf of Myhill seeking $50,000 in compensatory damages for the failed courtship.

The case attracted considerable attention throughout the county and although it is difficult to ascertain the specifics of the relationship between Myhill and Pells, the commentary on the case leaves much to the imagination. During the trial, attorneys presented a large volume of personal correspondence as evidence including thirty-five letters penned by Pells and forty-three by Myhill. The couple knew each other for the majority of Myhill’s life and the relationship started after an exchange of photographs.

According to Myhill, once Pells promised marriage, “she consented and allege[d] that she thereafter conducted herself as his affianced bride.” In two separate articles published by the Rochester Democrat & Chronicle, one line read, “It was claimed by the plaintiff that liberties were offered her on promise,” while another read, “The confession of both as to their intimacy began soon after the alleged offer of marriage was given by both.” A notice in another paper notes that Myhill “testified to buggy rides and acts of impropriety.” As time passed, Pells grew tired of his young lover and denied any previous promise of marriage.

Filkins argued that Pells used his wealth to lead an innocent woman astray, giving her money and promising her what he never intended to fulfill. Edmund Pitts, the attorney for Pells, argued that the accusations levied against his client were tantamount to blackmail as none of the letters brought forth as evidence mentioned marriage. When the case passed to the jury for deliberation, they returned a verdict in favor of Carrie Myhill in the sum of $12,000. Equivalent to $365,000 today, Pells appealed the case, which remained in court until after his death in 1899. His sister and executrix of his will, Hannah Bogardus, immediately paid the amount out of Pells approximately $1,000,000 estate. Available records indicate that Myhill later married T. Edward French of Detroit, Michigan in 1914.

It is worth noting that the selection of Filkins as attorney by Miss Myhill was likely a strategic one. Filkins served as attorney for Annie Ough during her divorce from notable Albion businessman George Ough in the late 1880s (v. 2, no. 5). During that case, Ough accused his wife of having an affair with Filkins, which contributed to Filkins’ own divorce in 1890.