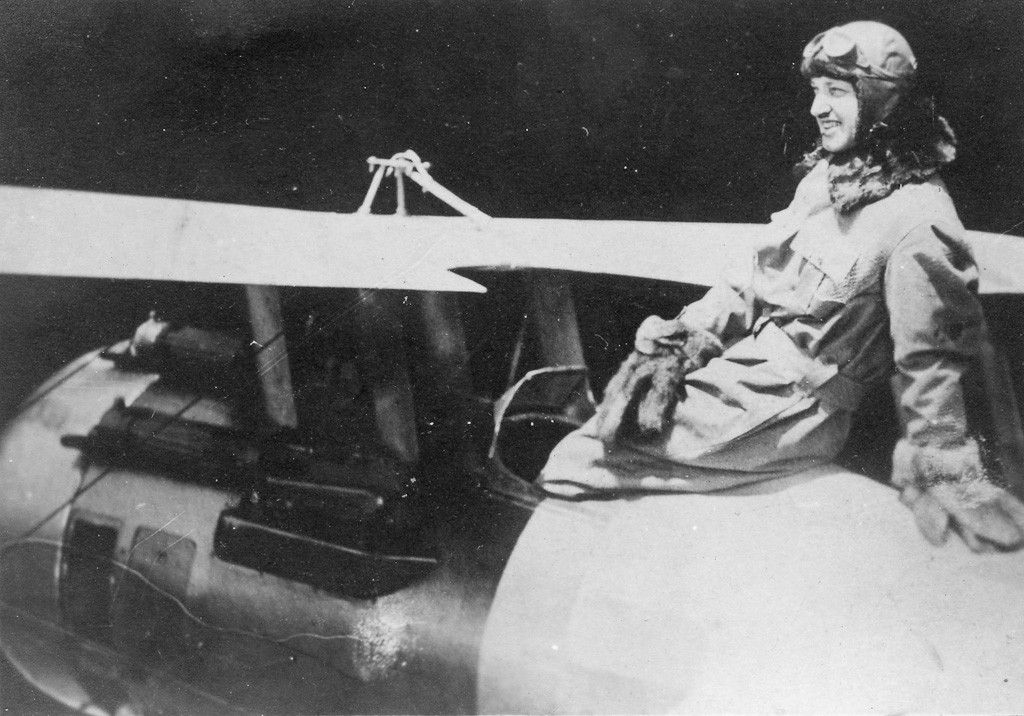 On the morning of September 7, 1918, Mrs. Effie Stevens received an envelope from Lt. James A. Meissner of the 147th Aero Squadron. Her eyes gazed upon the words, “My deepest sympathy goes out to you who have sacrificed your all to the country…” and with that single note her son, a respected pilot and Distinguished Service Cross recipient, was yet another casualty from Orleans County.

On July 2, 1918 near Chateau-Thierry, Lt. Stevens would earn himself a reputation as one of the most daring members of the 147th Aero Squadron when he and four other U.S. pilots engaged twelve Pfalz type enemy aircraft flying in two groups well beyond enemy lines. After sighting the planes, Stevens quickly maneuvered into position between the aircraft and the sun, gaining the advantage with some difficulty. While three of the pilots engaged the lower formation, Stevens and 2nd Lt. Kenneth Porter engaged the upper formation in a “bold and brilliant combat,” destroying two planes.

Although marked as missing on August 1, 1918, he was killed the previous day when his aircraft was shot down. His body was laid to rest by German soldiers under a rough cross adjacent to his wrecked machine. Lt. Henry Richardson of Albion wrote to his mother stating that a major visited their camp with a ball-bearing taken from a downed aircraft near Lt. Stevens’ grave.

In his most recent engagement, he was credited with defending an American supply base with five other flyers who repelled an attack of 30 German aircraft, accounting for eleven destroyed machines. His remains were reinterred at the Oise-Aisne American Cemetery at Picardie, France and finally returned to Hillside Cemetery in Holley, NY.

This image shows 2nd Lt. John Hulett Stevens seated atop his single-seat WWI biplane adorned in the prototypical aviator’s attire. The Cobblestone Museum is displaying the same style of French aviator goggles as part of an upcoming exhibit, courtesy of the Orleans County Department of History..

“The Lost Generation” Exhibition, highlighting the service of Orleans County soldiers, opens on August 2, 2015 at the Cobblestone Museum in Childs. Additional virtual exhibits, oral histories, and other stories will be made available through an online collaborative project between the Cobblestone Museum and the Orleans County Department of History at http://thelostgeneration.orleanscountyhistorian.org.

Edit: It was on July 20, 1918 that Lt. Stevens was assisting with the escort of a U.S. observation plane when engine trouble forced the machine to the ground. Stevens landed near the downed aircraft, acquired the intelligence, and flew the documents and photographs to headquarters. His quick action allowed an American regiment to carry out an advance and earned him a letter of commendation from Gen. William “Billy” Mitchell.

Some records indicate that Lt. John Stevens went missing at 4:40pm on the 31st of July – his gravesite was located between Chateau Thierry and Dormans. It is believed that he was shot down by Lt. Emil Rolff of Jagdstaffel 6 who was credited with shooting down a Nieuport 28 near Fere-en-Tardenois at 4:40pm that day. Lt. Rolff was the first pilot to score a kill with the Fokker E.V monoplane fighter. His victory was cut short two days later when the wings of his plane collapse in flight, causing the plane to plummet to the earth. He was killed instantly.

This image shows John Stevens seated upon his Nieuport 28 equipped with the overwing Lewis machine gun.