A recent article in the Orleans Hub centered on Assemblyman Hawley’s 8th annual Patriot Trip to Washington D.C. and other important national landmarks, including the Gettysburg Battlefield. I had the pleasure of visiting Gettysburg for the first time in nearly 10 years, a trip I last made as a senior in high school. Naturally, a new perspective and better understanding of the historical events of July 1st through the 3rd left me with a different impression of the site. 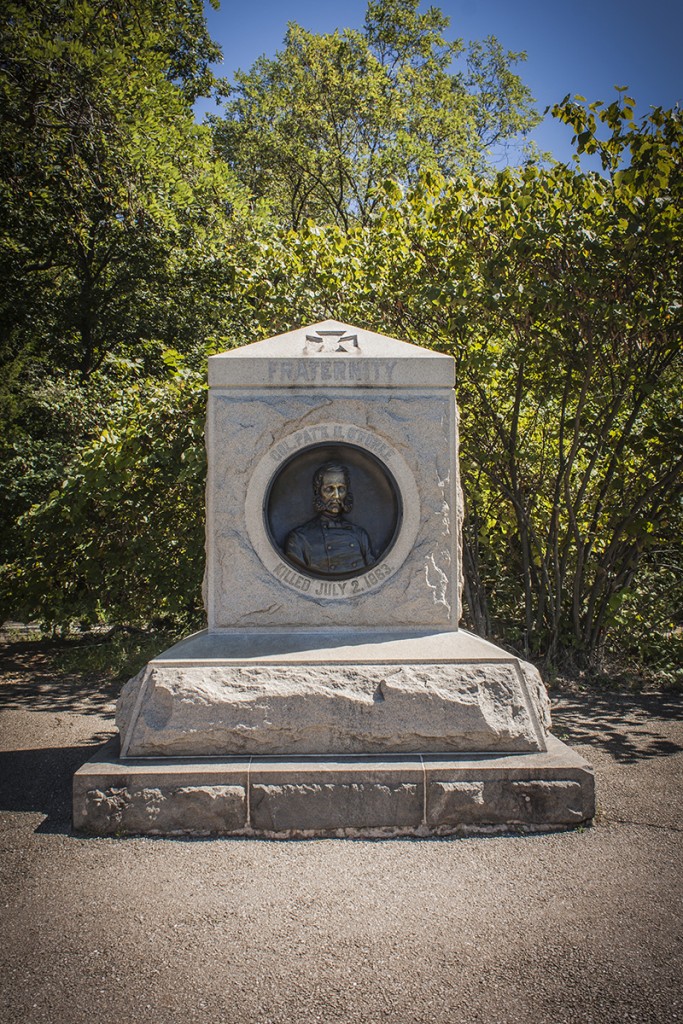 The monument to Col. Patrick Henry O’Rorke features a bas-relief set in granite. Standing over eight feet tall, the marker rests atop the spot where O’Rorke was killed. His nose is polished as a result of visitors rubbing it for good luck, although he had little luck himself that day.

Upon Little Round Top rests a large monument dedicated to Col. Patrick O’Rorke, the site where New York’s 140th Volunteer Infantry made a valiant and daring charge down upon Hood’s Texans. Gen. Gouverneur Warren is often regarded as the “Hero of Little Round Top,” but one might argue that Col. O’Rorke and the 140th are the unsung heroes of Little Round Top. At this point in time, we know of several soldiers from Orleans County who were with Col. O’Rorke on July 2nd at Gettysburg. Herbert Charles Taylor, one of those men, is believed to be the only county resident to die during that battle.

As the regiment of New York men marched towards Sickle’s 3rd Corps, Gen. Warren intercepted the 140th in a desperate effort to defend Little Round Top. Knowing O’Rorke, Warren shouted, “Paddy, give me a regiment!” With no time to dress the regimental line, O’Rorke led his men including Taylor and Graham Reed Scott of Orleans County to the top of the hill. Reaching the precipice O’Rorke dismounted his horse, threw his reins aside and shouted, “Down this way, boys.”

The 4th and 5th Texans released a volley of fire, sending bullets into the 140th, including a bullet that pierced O’Rorke’s neck killing him instantly. With every step, the men stumbled and tripped along the face of the rocky hill. Coming within close distance of the enemy line, many Confederates chose to surrender rather risk the possibility of death from Union gunfire and bayonet. The sudden fury of Union bayonets halted the Texans dead in their tracks. 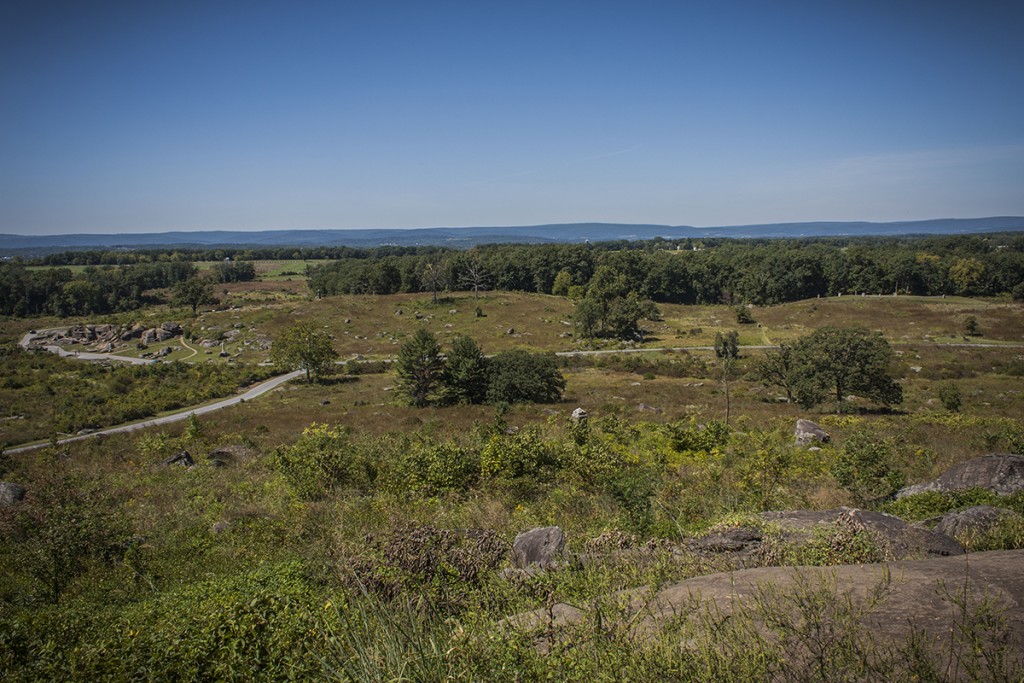 Looking down towards Devil’s Den from the summit of Little Round Top. Pvt. Herbert Taylor and the men of the 140th would have experienced this view as they reached the peak of Little Round Top. Without hesitation they advanced upon the Confederates with great fury and bravery.

O’Rorke’s death and the subsequent attack made by the 140th New York upon the advancing Confederates was regarded as one of the most daring acts of bravery during the entire battle. Surely without the aid of the exhausted and winded men of New York, the outcome of July 2nd could have been far different. It was during this act of bravery that Pvt. Taylor of Holley was killed.

Upon his death, Joseph Gile of Holley wrote a piece for the local papers:

“Oh, that is ever a cruel blow,
However it falls in the strife,
Which stops the beat of a manly heart.
And the hopes of an honest life.”

He concluded with, “…few who have fallen in the cause of the Union will be more sincerely regretted.” Dying on “the field of victory” at Gettysburg, Taylor’s body was returned to Holley and interred at Hillside Cemetery.