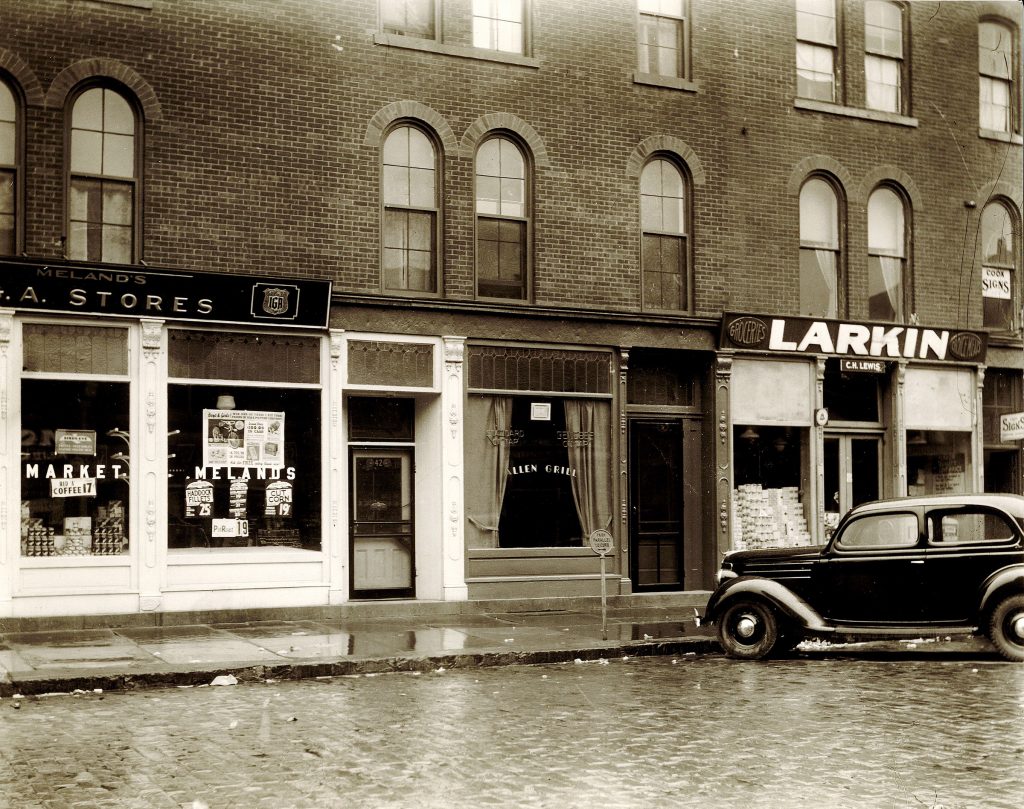 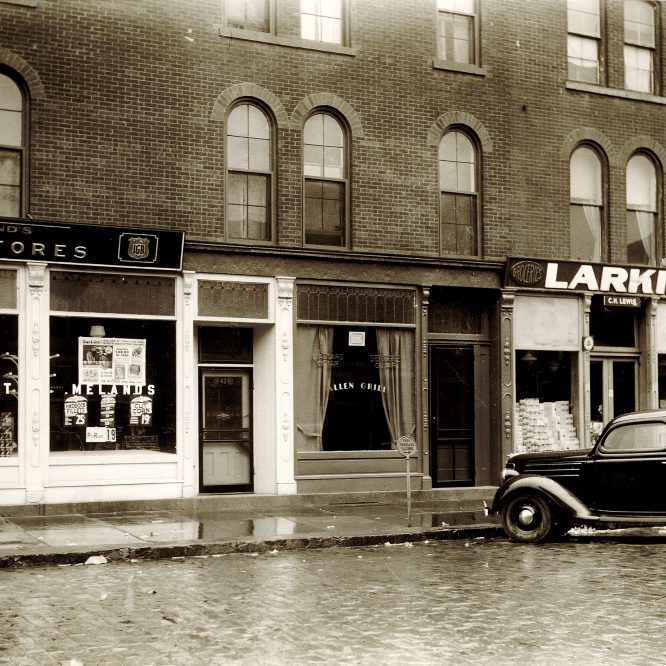 Taken sometime around 1935, the focus of this particular photograph is the Allen Grill located at 38 East Bank Street in Albion (now 28 East Bank Street). Owned and operated by Franklin R. Allen, his family operated a hotel on West State Street prior to him opening this business in downtown Albion. Allen was active with numerous local civil and fraternal groups including the Elks Lodge, Knights of Columbus Council #1330, and the American Legion Sheret Post.

Several other businesses are visible in this image, including Austin Meland’s IGA store. Situated in the old Orleans Hotel block, Meland purchased the building in 1929 at a cost of approximately $20,000. Meland was known throughout the area for operating butcher shops in Medina, Albion, and Brockport. The purchase of this building expanded his interests into the hotel and coffee businesses. To the right of the Allen Grill was the Larkin grocery store operated by Clarence Lewis. Danahy-Faxon purchased the Larkin chain two years after this photograph was taken. On the far right is a sign in the second story window that reads “Cook Signs.” Frank Depczynski operated this business as Dep’s Sign Service until Ray Cook took ownership.

Readers will notice the sandstone pavers lining East Bank Street including the nicely carved sandstone curbing pulled from local quarries. A sign is situated on the sidewalk facing the street, which reads “Park parallel to curb.” Advertisements fill the window of Meland’s IGA displaying the prices of various goods; Red “A” Coffee for 17 cents, 25 cent haddock fillets, 19 cent cans of cut corn, and pot roast for 17 cents per pound. A large poster advertises a picture contest for kids where winners have the choice of a new bicycle, radio, or $100 cash. Hanging in the window of the Allen Grill is the business’s liquor license and neon signs for Standard and Genesee beers on tap. Aside from the stacks of canned foods in the window of the Larkin store, a Bell telephone sign lets the occasional passerby that a public telephone is available inside.