Vol. 4, No. 8 As I perused the pages of a death ledger from the Orleans County Home, covering the years 1873 to 1902, the phrase “inmate” appears quite regularly. Today we associate that term with people who are involuntarily held at a jail, prison, or psychiatric facility; a rather focused description which has evolved over the last few centuries. In its earliest meaning, dating back to the 1500s, inmate was used to describe someone who shared a residence such as a visitor at a hotel, a boarding house, or a college student living on or around campus. The Poor

END_OF_DOCUMENT_TOKEN_TO_BE_REPLACED 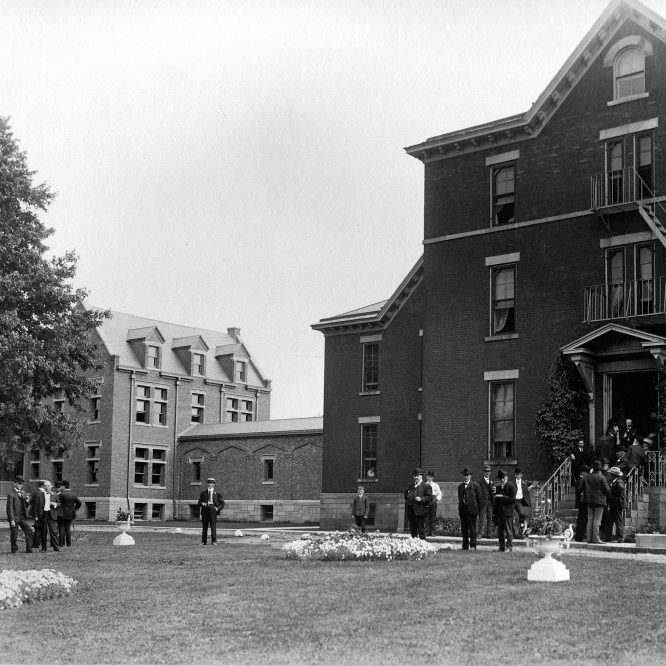 Volume 2, Issue 33 This image taken in 1905 shows a gathering of local officials and community members at the opening of the hospital wing at the Orleans County Alms House. The estimated $20,000 extension of the Poor House was designed by architect Fred Harvey Loverin of Buffalo and completed with much anticipation from local officials. The main building, pictured right, consisted of an administration building, a men’s ward, and a women’s ward all constructed in 1878 by Frank Downing. The building replaced the badly deteriorated County House, which was deemed obsolete by a committee consisting of John Hull White,