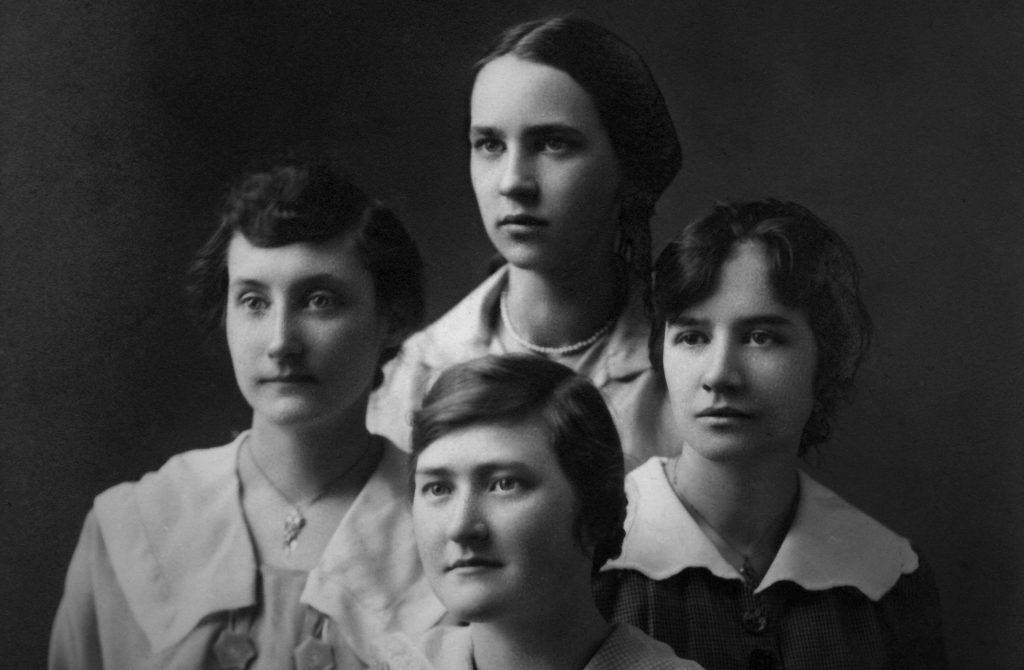 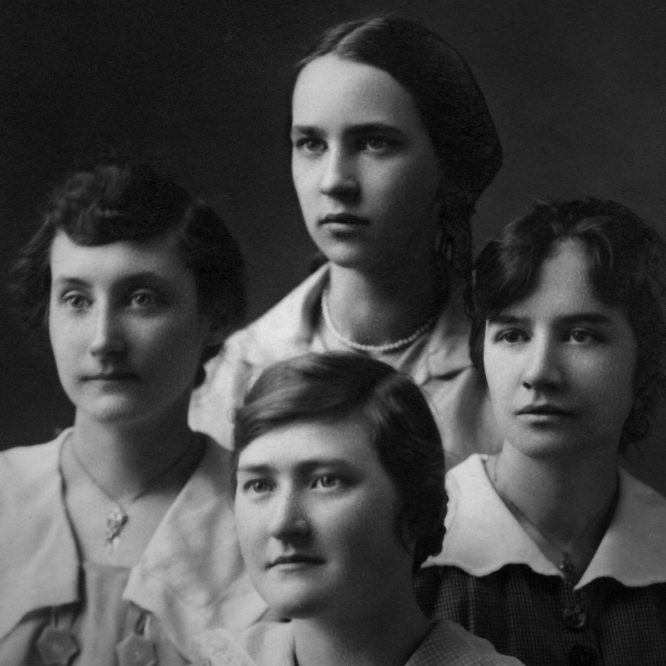 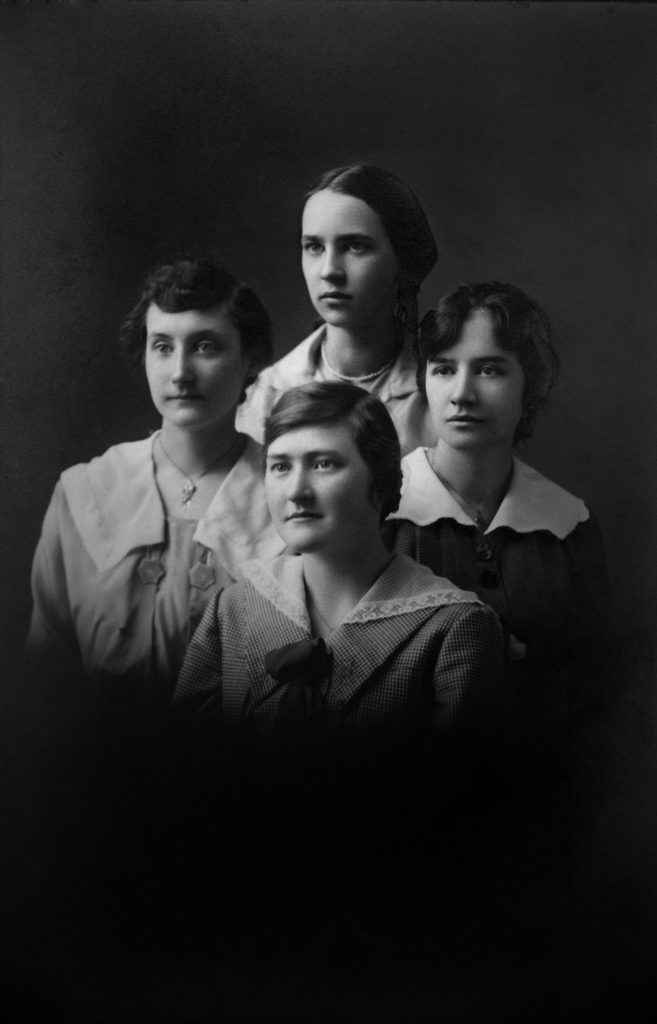 This photograph, taken circa 1917, shows the Ladies’ Triangular Debating League Society of Medina High School. Seated center is Myra Coon, behind her is Ethel Willis, and left to right is Florence Gray and Doris Webb. The Interscholastic Triangular Debating League was established in 1910 and provided teams of boys and girls from Albion, Medina, and Lockport to debate against one another on preselected topics. Each school would submit three questions and the schools would vote to select one of nine submitted questions. The question returning the highest number of votes was used for that year’s debates.

The debate teams argued on topics that were pertinent to current events at the time, just as debate teams today do. Going back to 1913, the selected question was “Resolved, that the Government should own and control all coal mines of the United States.” The Medina boys won the debate with a unanimous 3-0 decision, while the Medina girls won in a split 2-1 decision. Sanford T. Church, Dr. John Dugan, and Dr. John Sutton were the judges for the girls’ debate.

Following the progression of the debates during the 1910s, it is apparent that Medina fielded the strongest debate teams. In the 1916 debates, both teams argued the question, “Resolved, that the Short Ballot should be adopted by the people of New York State.” The team consisting of Doris Reeves, Charlotte Acer, Harriet Holmes, and Florence Gray secured a unanimous decision after one of the Lockport debaters defiantly threw a long ballot with 70+ names on it into the crowd. The boys secured their own unanimous victory and secured the league championship for Medina that year. As the papers reported, it was the fifth consecutive victory of Medina over Albion…five straight victories in six years of the debate’s existence.

The question debated for 1917, the year this photograph was taken, was “Resolved, that Congress shall pass a law providing for the compulsory arbitration of labor disputes.” It should be no surprise that the Medina ladies won with a unanimous decision, but they earned a number of compliments on the manner in which they handled the question. This debate was the final for Florence Gray and Myra Coon, who both graduated that same year.