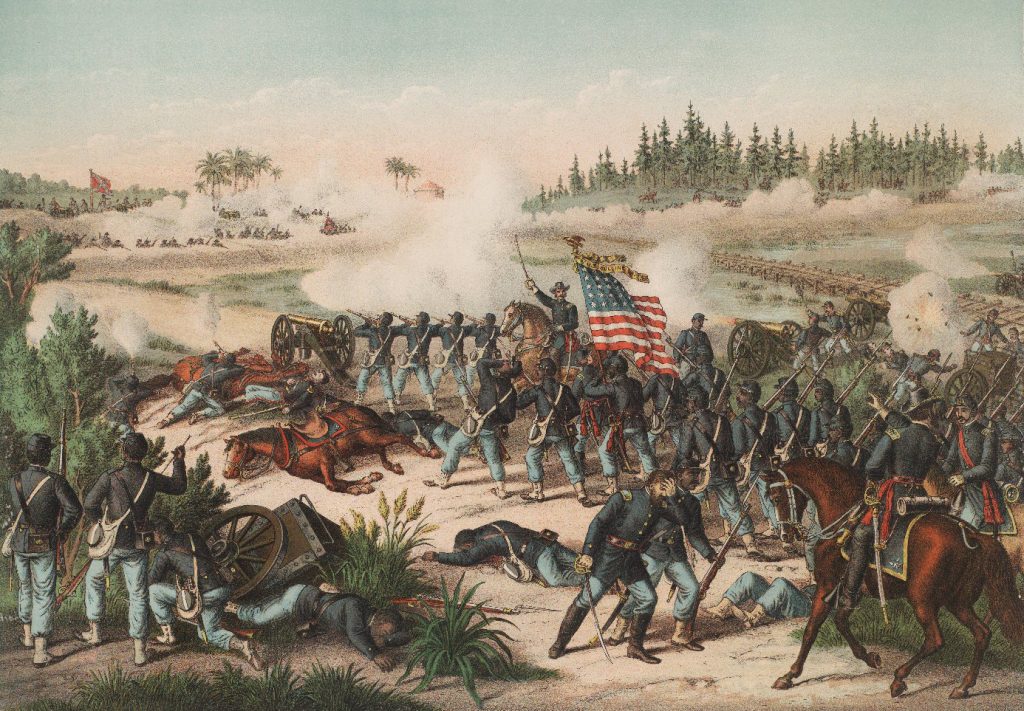 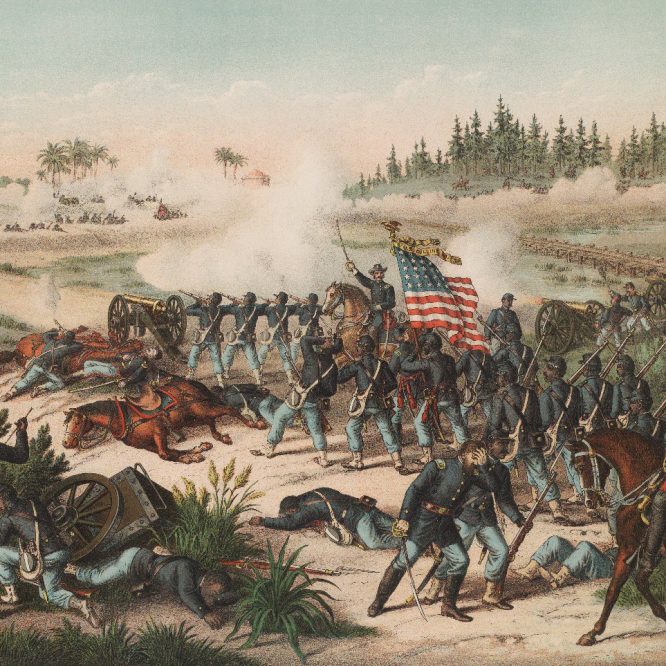 Isaac Hawkins represents a significant tale in the progression of the involvement of black soldiers in the Union Army during the Civil War. The son of Richard and Caroline Hawkins, Isaac was born at Medina in 1843. As indicated by early census records, Richard was a grocer who was enumerated immediately before John Ryan, the pioneer stone mason who opened the first commercial sandstone quarry in Medina. An 1842 deed shows that Hawkins purchased a parcel of land from David Evans for the sum of $200 at the point where West Street crossed over the Erie Canal (lot 41). This lot would have sat near the current intersection of Glenwood and Ryan streets.

It is likely that Isaac was born on this site, working for his father as a young man before the outbreak of the Civil War. In 1863, the twenty-year-old Hawkins enlisted at Medina and was placed with the 54th Massachusetts Volunteer Infantry, the unit once under the command of Robert Gould Shaw. Shaw was killed at Ft. Wagner on July 18, 1863, months before Hawkins enlisted with the Union Army. However, Isaac was with the regiment for approximately two months when the unit engaged Confederate troops in Baker County, Florida at the Battle of Olustee on February 20, 1864 (the only major battle fought in Florida).

Isaac survived the battle, which claimed the lives of over 200 Union troops, but was captured and sent to Andersonville as a prisoner. The camp became infamous for its poor and inhumane treatment of white prisoners, who were given bread made from ground corn cobs, maggot-filled meat, and rotten vegetables. Blankets were scarce, tents were often non-existent, and men were forced to defecate in areas that contaminated drinking water.

One can imagine that the treatment of African American prisoners was far worse. In his pension documents, Hawkins noted that he received 250 lashes for forging a pass; he was stripped naked, forced to lie across a log, and whipped from head to foot. He was shackled and returned to work in the graveyard, where he was threatened with similar treatment if he stopped working for even a few moments. Following the war, this particular event was referenced by two witnesses in the trial of Henry Wirz. This testimony and the testimony of other prisoners resulted in Wirz’s sentence to death by hanging.

In addition to the whipping he received while at Andersonville, it was recorded that he had suffered a sabre wound to his arm and a gunshot wound to his arm and foot; the latter injury mangled his foot and required the use of a cane for the remainder of his life. His brother, Charles R. Hawkins, also enlisted in the Union Army in November of 1864 at the age of sixteen and removed to New Jersey following the war where he worked as a barber. His brother Walter relocated to Pennsylvania and worked the same profession. As for Isaac, he later removed to Washington, D.C. where he died on August 25, 1902; he was buried in Arlington National Cemetery.