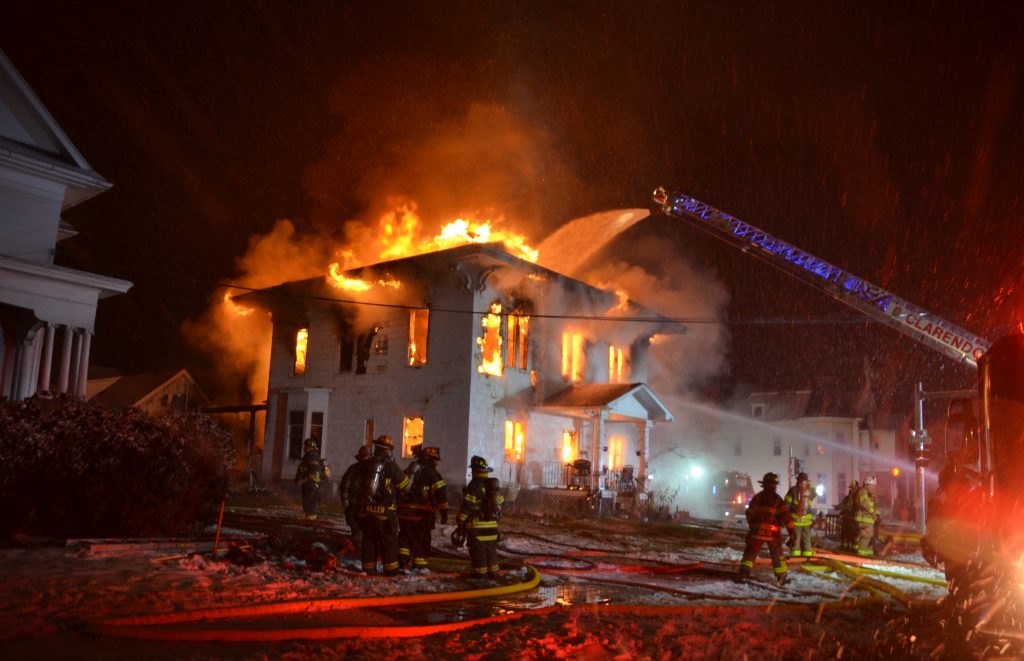 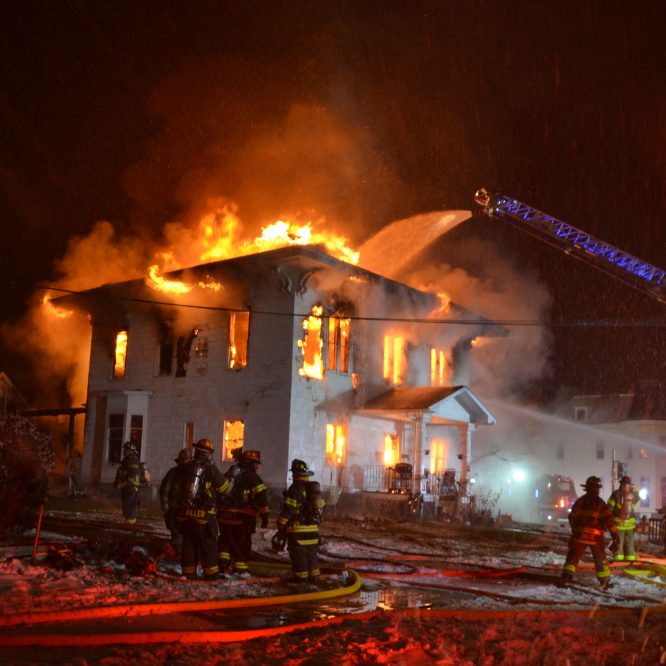 Vol. 6, No. 3 In November of 1984, County Historian and Cobblestone Museum Director C. W. Lattin published a book entitled Architecture Destroyed in Orleans County, New York. The focus of this work was to call attention to the numerous homes, civic buildings, and houses of worship lost to “progress” throughout the history of our county. Over the thirty-five years since that book was published, our community has lost countless other structures due to accidents, neglect, or other reasons beyond our control. After the recent unfortunate loss of a beautiful Italianate house on South Main Street in Holley, I thought it would be fitting to highlight the history of past owners of the home while calling attention to a very important role of local historians; the role of documenting current events.

The origins of the home date back to Moses N. Stoddard, whose personal biographical information is drawn from his obituary appearing in the Holley Standard on June 3, 1886. Born in Connecticut, Stoddard worked in a woolen mill as a young man ultimately earning the position of superintendent of the mill. He ventured westward to New York and purchased a parcel of land from the State of Connecticut as part of the 100,000 Acre Tract in the Town of Murray. Although he expected to remain in the area, he was coaxed back to Connecticut to resume oversight of the same mill he had left earlier. After spending nearly two years in Connecticut he once again returned to Murray where he purchased a parcel of 100 acres.

An 1860 map of Orleans and Niagara counties shows the Village of Holley and a house situated on Main Street in the vicinity of the present St. Mary’s Roman Catholic Church. The house, labeled as “M. N. Stoddard,” no longer exists and the parcel of land on the southwest corner of Main and Albion streets sat vacant. A later map, published in 1875, shows the large stately house situated on the corner, which indicates that the house was likely constructed in the mid to late 1860s.

The house remained in the Stoddard family until the death of Moses in 1886. Although Moses relocated to Walden, NY to live with his son after the death of his wife Sarah in 1881, the house was leased to several local families including Alfred Millard and Burton Keyes in 1882 and later to John Downs in March of 1885. In early September of 1886, John Downs purchased all the property owned by Moses Stoddard located within the boundaries of Holley. This included interest in the Stoddard & Hurd Block on the east side of Public Square, a small house on Albion Street, and the mansion on Main Street, all for the sum of $12,000.

John Downs was born in Clarendon on January 22, 1846 to Irish immigrants. His father, William Downs, was a livestock dealer in Clarendon. Educated in the district schools of Clarendon, John learned the necessary skills associated with the livestock and wool businesses, engaging with markets on the east coast, and expanding his local operations until he became one of the premier shippers of sheep in New York. In 1875, Downs entered the partnership of Hallwell & Willis, dealers of wool in Rochester, where he remained for approximately eight years. According to his biography recorded within Landmarks of Orleans County by Isaac Signor, Downs relocated to Walden, NY where he organized a private banking business. It is likely no coincidence that Moses Stoddard’s son, George Wells Stoddard, engaged in the same business venture at the same location.

After severing ties with the Walden National Bank, John Downs returned to Holley and purchased an interest in the bank of George Bowman and Luther Hurd. Established in 1868, the bank was first operated by C. W. Gibson and Bowman until George W. Stoddard bought out Gibson’s interest. At the time of Downs’ purchase in 1882, the bank was operated by Orange Eddy and George Bowman. When the bank was incorporated as the State Exchange Bank, Downs was elected as president until his death in 1901, at which point Michael Kennedy assumed control. After John’s untimely passing, his widow, Eva Glidden Downs, remarried to Edward Vincent. Her son, John, remained in the house for a number of years after as he continued to work as a bookkeeper and assistant cashier in the Exchange Bank.

The tragic and unfortunate loss of this stately home is a reminder of the important role historians play in documenting the physical landmarks in our area.